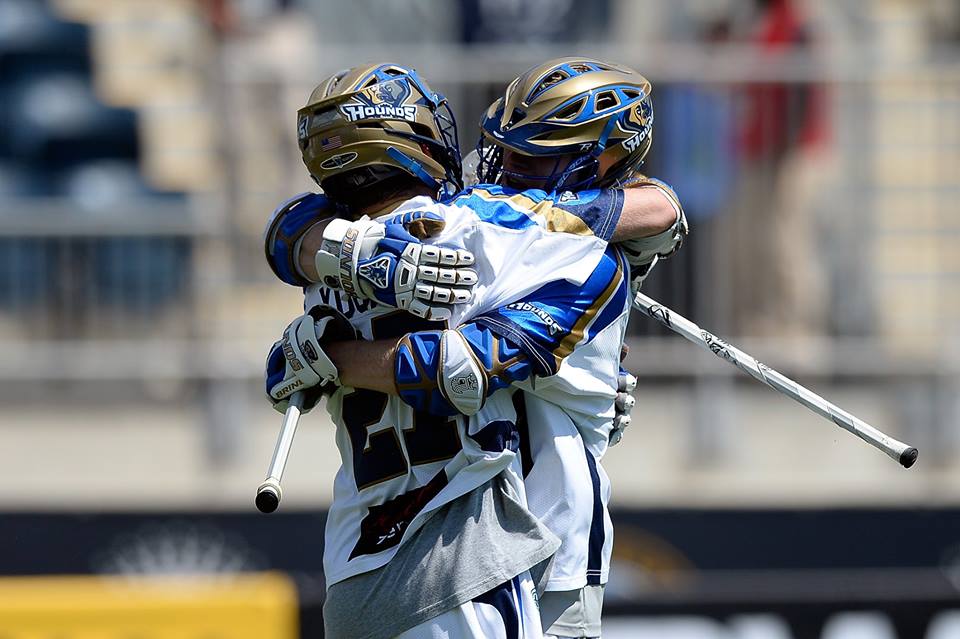 The Hounds welcomed the Outlaws into the dog house this weekend, and the boys from Denver must have been wearing Milkbone underwear because the Hounds took a major bite out of their opponents, coming out on top 14-11. Kevin Cunningham did yeoman’s work for the Hounds, putting up seven points (4, 3) to lead all scorers on the night, and John Haus contributed 4 points (2, 2) as well.

The first half of the game wasn’t really much to write home about. There were only seven total goals scored in the half as Charlotte took a 4-3 lead into the break.

Denver continued to play without a true faceoff specialist. Anthony Kelly remains dinged up and Geoff Snider continues to recover from the indoor season. This opened the floodgates for Brendan Fowler to dominate the faceoff department and he did just that, going 20 for 26 on the night. Remember how terrible Chesapeake’s faceoff unit was at the start of the year? Yeah, Denver’s is even worse than that right now.

The Charlotte offense clicked right out of the gate in the third quarter, and the Hounds pumped in three quick goals within the first two minutes of play. In all, the Hounds mounted an eight goal run in the third quarter before the Outlaws finally answered. In the span Mike Chanenchuk, Mike Sawyer, and Kevin Cunningham each had a pair of goals. Michael Ehrhardt and John Haus rounded out the scoring on the run. Basically, if your name was Michael and you were on the Hounds, you got a goal in that run.

Not helping matters, Denver’s David Dickson, in his first MLL game, got called for an illegal stick, which locked him in the penalty box for three minutes. The Outlaws gave up three goals in that span.

Schwartzman was clearly hurting in the game, but even before that happened he was struggling to stop the ball. Yes, he saved 20 of 30 shots faced, which is better a better clip statistically than most of the year. But still, if I had a nickel for every time I heard an announcer say “he’ll want that one back” this year, I’d have tidy little sum of money.

Johnny Rodriguez came in for a few minutes of relief in to start the third, and let in a few goals prompting Schwartzman to return. But the fourth quarter was mostly Rodriguez, and the net play was much better.

Denver kicked the tires in the fourth quarter, outscoring the Hounds 7-2 in the frame, but it still proved too little too late.

A high point for Denver was the play of rookie Erik Adamson, who netted his first career hat trick in his second career game.

As mentioned in the game preview, Charlotte needs to win out to sniff the playoffs. At this rate, they just may do it. Of course, if Denver keeps playing the way they have been this year, there may be less of a logjam for the playoffs than previously assumed.