Brandon Miller retired from the National Lacrosse League much like he began his lacrosse career – quietly making an impact and moving on to do great things.

And, if it seems like history is repeating itself, that is because it is. It is no longer Miller Time in Philadelphia.

Miller first retired after the 2018 season where he’d been with the Toronto Rock for four and a half years after six years with the Wings. But after the 2019 season as the Rock’s goaltending coach, Miller returned to the floor with the Wings in 2020 to help mentor Zach Higgins. The Wings went from 4-14 in their first season to 8-6 in their second (before it was cancelled due to the pandemic) and Miller was a big part of that.

“He was so important to our franchise last year,” stated Wings’ head coach Paul Day. “He made a world of difference to our young defensemen, our goalie Zach Higgins and the entire organization. He taught our young players about being professional and was a great teammate helping and mentoring Higgins.”

From Orangeville, an hour outside of Toronto, Miller joins his hometown team where he will be able to give his body a chance to recover from years of being shot at – he made 5094 regular season saves. He’ll get to watch his kids play lacrosse, and will see his wife more. 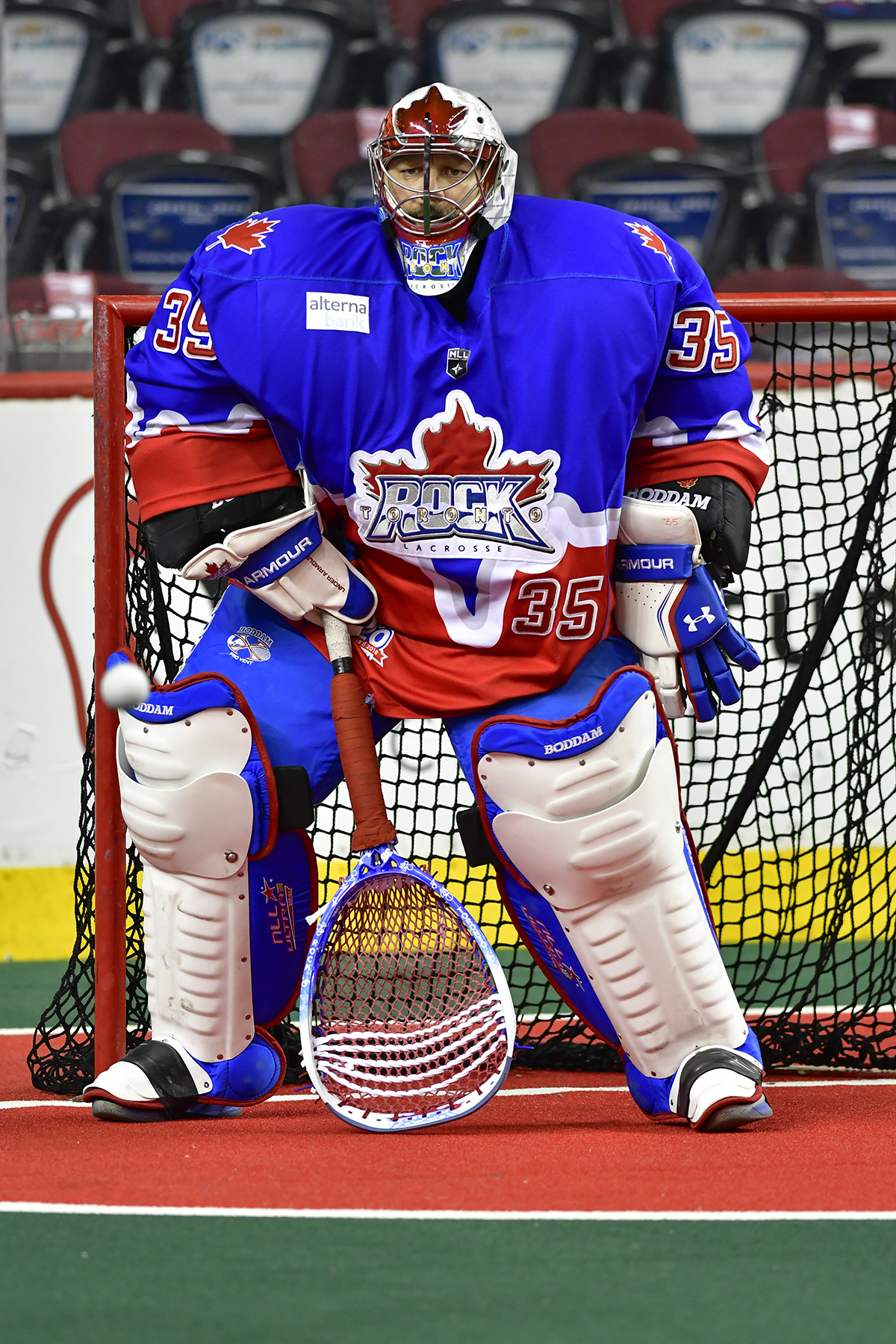 Miller’s time in Philadelphia was probably the most challenging and possibly the most memorable of his career. It was a true testament to his character that he returned many years later.

He came into a Wings organization that was struggling to fill seats, reinvent themselves after years of dominance, and forge a new identity with U.S. born players who were unfamiliar with the fast pace and brutal hitting of the game that Canada claims.

He dealt with the death of his brother Kyle while he was in Philadelphia. He stayed in a city that is known for being tough on their athletes. He never complained to the fans. He never clapped back at the people who publicly criticized him. He never had a meltdown or called anyone out even as he was made a scapegoat. He simply picked up his stick and went back to the goal cage. He continued to get pounded by shots and take it from fans who continued to blast him.

Then, when things seemed to finally settle down, Miller’s spot was usurped and he was sent to Toronto. The pressure in Philly was high, and the change was good for him: there seemed to be more effort in each save against Philadelphia and then New England when they took over the Wings.

Miller is one of the good guys. Though he initially split time with Nick Rose, he accepted he was no longer a starter. He didn’t take to the media and bash anyone. He didn’t scream, start a fight, or ask to be traded. He used his time to coach while he was on the bench. At the same time, he was ready to jump into the goal cage if he was needed. And he was needed occasionally, both in Toronto and last season in Philly, thus proving that he could still handle whatever was thrown his way when he went in goal to offer respite. He was never thanked enough for all the hard work he did.

Miller seems to be okay with all of this. The league may not be. His absence from the locker room will be noticed. Not only by the players on the bench and on the field, but also by the coaching staff and the fans.

Legendary former NLL equipment manager Mike Fox says that Miller is a great locker room guy: “Brandon enjoyed his time here in Philadelphia. He was a great player and last year was an educated back up. He is a great guy and a great teammate.”

For Miller, his second run as a coach for Toronto is probably bittersweet. He was, being born in 1979, the oldest goalie in the National Lacrosse League. Being the oldest, Miller has seen teams come and go in the league – and outlasted some of them. He began his career with Albany playing in two games in 2001. From Albany, he went to San Jose where he earned the starting role. Then he had a stint in Chicago before being sent to Philadelphia where he spent six seasons before being traded to Toronto.

The biggest loss for the NLL is Miller as a player. He, and others from Orangeville, paved the way for continued goaltending success. That will be carried on by others. This genuinely nice guy talks to anyone, doesn’t complain, and takes advice (even from people who have no idea what they’re talking about because they’ve never been in a net). He keeps going.

In this day and age, most players aren’t like Miller. The world needs more people like Miller and the league is lucky enough that he is going to continue to be an ambassador of the sport as a coach in his home city.

To Brandon: Congratulations and thank you for your spectacular run. Enjoy retirement. You certainly earned it.