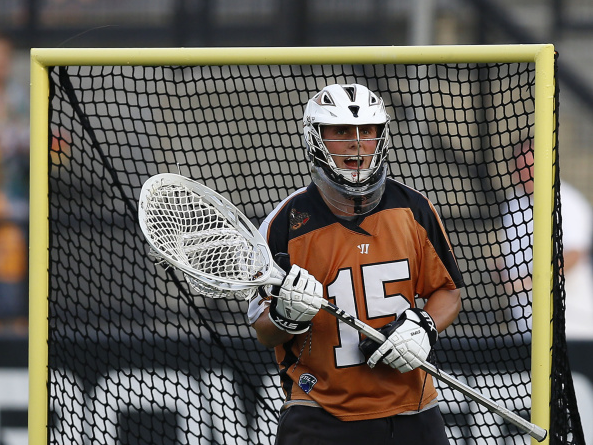 Another coaching vacancy is vacant no more.

Jacksonville has made two splashes for the upcoming 2017 season, as the Dolphins hired Syracuse greats John Galloway as their head coach and Casey Powell as their offensive coordinator.

The former Cuse goaltender comes to the “Sunshine State” after spending four years as an assistant at Providence after spending a year as a volunteer assistant at Duke. The 27-year-old ended his college career with an NCAA record 59 wins and was also a two-time first team All-American at goalie, the only goalie in Orange history to earn that honor twice. He is the only keeper in NCAA history to win national championships in his freshman and sophomore years.

While at Providence, Galloway helped Peter Badgley become the 2015 Big East Goaltender of the Year and was named to the All-Big East first team. It was the first time in program history that a Friar has earned the honor. He also mentored defenseman Jarrod Neumann to All-Big East first team honors this season.

Galloway currently plays for the Rochester Rattlers in the MLL.

As for his offensive coordinator, Casey Powell is a four-time All-American at Syracuse and is the all-time MLL leader in points with 522 as of publication today. He is on the Florida Launch, and mentioned in a Twitter conversation prior to Championship Weekend that he would retire from the MLL this year and expressed his interest in collegiate coaching.

Last year, the Dolphins finished 3-10 and parted ways with Guy Van Arsdale as head coach, who just completed his fifth season with an overall record of 25-39. Jacksonville won the Metro Atlantic Athletic Conference championship in 2013. Alex Lopes was named as the acting head coach while the coaching search was underway.

Thrilled to announce that @JohnGalloway15 will be the next HC of our Men's Lax program. Joining John will be @caseypowell22 as OC. #phinsup

Head coach John Desko extends his congratulations to two of his former players on their hiring at Jacksonville: pic.twitter.com/uDUuymbC1A

How hard is it going to be for any school in the southeast to recruit with those Jacksonville hires, unreal duo

If you are in the recruiting process and don't find Jacksonville to be intriguing after hiring Galloway and Powell, you are insane #HHH

Galloway, one of the young legends in the sport, has been at Providence four years after spending one year as a volunteer assistant at Duke and will bring one of the game’s most famous players ever, Casey Powell, as his offensive coordinator.

“John Galloway is exactly the right person to be the next head coach of our men’s lacrosse program,” Ricker-Gilbert said. “After an exhaustive search, there was no doubt in my mind that he is who we need to lead our young men forward. John has had success at every level both playing and coaching and his passion for student-athletes and the game was evident from our first conversation. He is a person of the highest character and that trait carries more weight than any other. I am thrilled to welcome John to the JU family.”

From Syracuse, N.Y., Galloway played goalkeeper for Syracuse University and ended his college career with an NCAA record 59 wins while playing a record 3,776 minutes. He was a two-time first team All-American at the position, the only goalie in Orange history to earn that honor twice. He also is the only goalie in NCAA history to win national championships in his freshman and sophomore years.

In addition to his on-field presence, Galloway, 27, was a two-time national Academic All-American and on the Big East All-Academic team twice.

Galloway also plays for the Rochester Rattlers of the Major League Lacrosse.

In his first season as a pro, he was named Rattlers’ Rookie of the Year and was named Goaltender of the Year in 2014. He helped lead the Rattlers to the MLL championship game and was selected to play in the MLL All-Star Game in 2015. In addition to playing professionally, Galloway was a member of the U.S. Men’s National Team in 2014.

“Lacrosse has given me opportunities that I would have never dreamed of when I first picked up a stick,” Galloway said. “Today, one of those dreams has become a reality. I want to thank Athletic Director Alex Ricker-Gilbert, JU President (Tim) Cost and the entire Jacksonville University community for the opportunity to achieve that dream. This position marks what I believe to be the highest honor in our sport: coach, teacher and mentor.”

Galloway took time to honor his mentors after being named.

“I would like to thank the amazing leaders that have guided me to this exciting new chapter in my career,” he said. “Under the tutelage of (Providence head coach) Chris Gabrielli and (Duke head coach) John Danowski, I learned what it meant to lead a life with a steel moral compass. I am forever grateful for their time and patience as I grew into the man that I am today.”

Coming on board as first assistant with Galloway is former Syracuse standout and current MLL player, Powell.

An attack/midfielder, Powell was a four-time All-American at Syracuse and is the only player to have been named National Player of the Year at both positions.

He also was a five-time All Star in the National Lacrosse League Pro Indoor.

“To achieve greatness, you must surround yourself with great people,” Galloway said. “We are excited to welcome the most prominent player to ever grace our game to the Jacksonville University family. Casey Powell will join our staff as the offensive coordinator, and more importantly, an ambassador to the sport of lacrosse. Together, I believe we can establish Jacksonville University as a mainstay in the national lacrosse landscape.”

In addition to his stellar career, Powell has ventured into the business world. His efforts have resulted in the Casey Powell World Lacrosse Foundation, a non-profit organization that exists to unify and energize the entire lacrosse community world-wide. He has an acclaimed video game, Casey Powell Lacrosse 16, release earlier this year for play on various home entertainment systems.