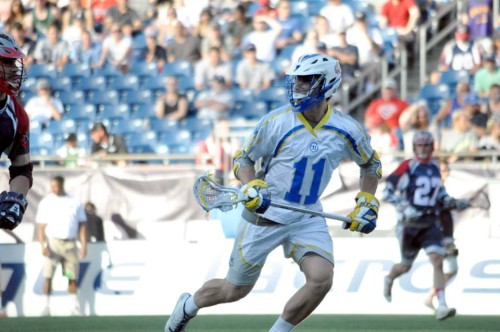 The Florida Launch look for a bright spot to conclude their dismal road swing as they take on a red hot New York Lizards team.
This contest features some of the best scorers in the league in Kieran McArdle, leading the league with 22 goals, as well as Paul Rabil with his 18 goals, 14 assists.
Stuart Stadium, on the campus of Hofstra University hasn’t treating the lizards any differently then on the road as the Lizards remain undefeated at 7-0 heading into this game.
The Florida Launch are in a very different place, having just one home win this year, the Launch are vying for a spot to have the number one draft pick for the second straight year. Florida has no midfield depth behind Steven Brooks, who has been asked to do just about everything for the Launch midfield group.
Mental errors may well have caused last weeks effort in Boston to come up short in an 11-9 loss as three goals were scored on Florida without Goalie Brett Queener in the cage, one of which was a two pointer.
The Lizards won’t allow Florida to make many unforced errors and be successful. New York is certainly the team to beat this year. In a league where anyone can be beat on any given day, with this match-up, I say that lightly, meaning it’s not true, because the Launch don’t stand a chance against the Lizards. Heavily outmatched.
With All-Star weekend approaching the Launch will get a weekend off while Casey Powell, Kieran McArdle and Tucker Durkin represent the Launch at the 2015 MLL All-Star Game in Houston on Saturday, June 13.