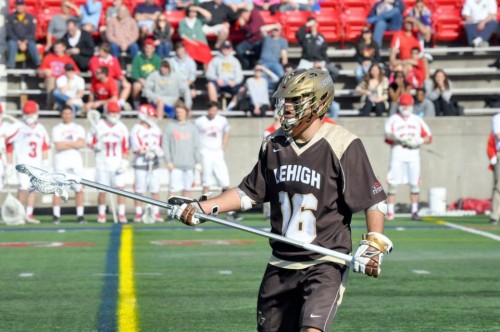 Building a successful sports program, especially at the collegiate level, is difficult. It’s arguably much more challenging than building a sustainable professional organization. If nothing else, the fact that student-athletes are only around for four years leads to annual turnover, the need to mesh different groups of people and essentially start from square one every year.

After a historic 2012 season which featured a 14-3 record, Patriot League Championship and the program’s first-ever NCAA Tournament berth, the Lehigh men’s lacrosse team adjusted nicely, winning 12 then 13 games the ensuing two seasons and expectations remained high heading into 2015. No one was more excited and invested for the season than the players themselves. After falling short in the 2014 Patriot League Championship Game at Loyola, the Mountain Hawks were motivated to get back to the title game and qualify for their third NCAA Tournament in four years.

The 2015 season began with a tough one-goal loss to Marquette, a team that wound up being nationally-ranked for most of the season. Ultimately, the Mountain Hawks finished 2015 with a 7-9 record, which by all accounts, was a disappointment (and everyone associated with the program would admit as such).

From my standpoint as the Sports Information Director, I had an inside look at the program and feel strongly that it was just “one of those seasons.” Every great program has a year when things just don’t go their way. When the offense was there, the defense struggled. When the defense was there, the offense couldn’t muster enough scoring. When the goaltending was strong, the team struggled facing off, and vice versa.

Just look at Syracuse in 2007 or Johns Hopkins in 2013 as examples (when they didn’t qualify for the NCAA Tournament). An “off” season happens to the best of programs, so although disappointing, Lehigh’s 2015 campaign shouldn’t lower your confidence in head coach Kevin Cassese and what he’s building.

Taking a deeper look into the 2015 season, the year wasn’t even as bad as you may initially think. The Mountain Hawks’ “worst” loss on paper was to Villanova, who was nationally-ranked at the time, wound up advancing to the Big East Tournament and finishing #27 in RPI. Lehigh’s other losses were to eventual National Champion Denver (RPI of 3), Colgate (16), Marquette (17), Navy (18), Loyola (22), Bucknell twice (23) and Army West Point (24). Losses are losses, but it’s important to understand the complete story; Lehigh was in all these games, against quality opponents. The Mountain Hawks were not far away. They were even in the game against Denver for 55+ minutes; they trailed the Pioneers 5-4 with less than five minutes remaining. Lehigh was also within one in the fourth quarter at eventual league champion Colgate, lost to Marquette, Navy and Bucknell (in the regular season) by just one goal and were within striking distance of Loyola and Army.

It was truly one of those seasons where next to nothing went right. Injuries and suspensions affected the team’s cohesiveness, thrusting new players into the starting lineup on short notice. The team struggled to get into a rhythm until late March when the Mountain Hawks began catching their stride. Standing at 2-7, the season could have spiraled downward. Instead, Lehigh responded by winning convincingly at Monmouth and Holy Cross (the same Crusaders team who defeated Loyola and Army). After a tight loss at Colgate, Lehigh beat nationally-ranked Princeton at home in thrilling fashion then defeated a second straight ranked squad by topping Stony Brook on the road. Both Princeton and Stony Brook ended up in the final national poll. The Mountain Hawks then beat archrival Lafayette at home to earn their fifth straight Patriot League Tournament berth.

In the Patriot League Quarterfinals, Bucknell came out of the gate on fire. Lehigh tried to hang into the game and was legitimately within striking distance into the third quarter, but it wasn’t enough. It was a tough end to a tough season, but winning five of its last six regular season games and advancing to the postseason was a sign that the Mountain Hawks wouldn’t go down without a fight.

The program’s championship culture is in place. As Cassese said at the US Lacrosse convention in Baltimore, “Culture eats strategy for breakfast.” Because of that culture, the Mountain Hawks salvaged their season. When things could have gotten much worse, they beat a pair of ranked teams, made the league tournament and gave themselves a chance to keep playing and advance to the NCAA Tournament. Ultimately, it didn’t work out, but the seed is planted for the 2016 version to build on that momentum and return to the success of 2012-14.

The Mountain Hawks lose a tremendous senior class, which finished tied as the winningest class in program history, but there were many individual bright spots from last season to be excited about. One example is Adam Sawicki in goal, who, as a freshman, made his first-career start against a talented Denver offense. He finished with 11 saves, including stopping all five first-quarter shots to help the Mountain Hawks take a 3-0 lead. Sawicki played an integral role down the stretch as well, picking up three victories. Attackman Reid Weber finished with the quietest 51 points you could have, in the shadows of All-American Dan Taylor who tallied 77. Weber scored 16 goals over his final four games and really took his game to the next level. Fellow junior Casey Eidenshink was a second team All-Patriot League defenseman, leading the team in groundballs (50) and caused turnovers (23). In addition, Lehigh’s late-March turnaround coincided almost perfectly with an improved faceoff game. Freshman Matt Ernst won 66 of his last 127 faceoffs (.520) of the regular season while sophomore Casey McAdam was a stellar 14-for-21 in the Patriot League Quarterfinals at Bucknell. These are just a few examples of why the future is still bright in Bethlehem, Pennsylvania.

There’s a lot to still be excited about surrounding Lehigh Lacrosse. A keynote speaker at the most recent U.S. Lacrosse Convention, Cassese is a well-respected name in the coaching industry. The former Duke All-American is building his program the right way. He’s not looking for the Mountain Hawks to be hit-or-miss, but a sustainable program that’s built to last. There will always be questions when players graduate, but Lehigh is a program that looks to reload rather than rebuild.

In 2016, the Mountain Hawks will be out to prove that 2015 was just a blip on the radar for one of the nation’s up-and-coming programs.