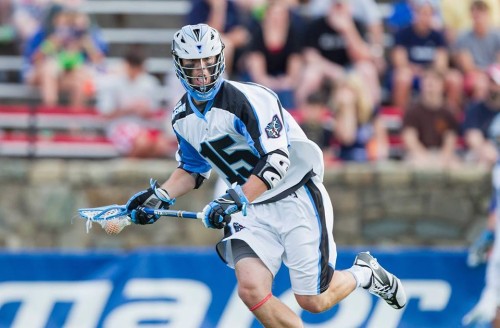 In the first meeting of the season between Ohio and Rochester on June 28, the Machine got off to a quick start, which ultimately carried them past the Rattlers in Rochester by a final score of 17-12.

The following week, Ohio would do the same thing. Except this time, after being down 8-3 after the first half, the Rattler offense woke up and outscored the Machine 13-7 in the second half to stun the home fans at Selby Stadium in Delaware, Ohio.

With the rubber match all set for today, the Machine are hosting their first home playoff game in franchise history with a trip to the MLL championship game on the line.

Let’s give you the top three “battles within the war” that you should look out for today.

Why not begin where every single lacrosse game begins?

Mike Poppleton, who was acquired via a trade with Florida in exchange for Miles Thompson, dominated Puskuldjian a week later, taking 25-33 faceoffs that afternoon.

Poppleton has been phenomenal this season at the x, winning 55.2% of his faceoffs.

Puskuldjian is by no means a slouch, as more often than not he gives the Machine a chance in each and every game due to how good he’s been at gaining possession. He’s won 53.4% of his draws this year and has taken 139 more draws than Poppleton has.

Puskuldjian is like any other fogo in the league in that he is a master at his craft, so he has undoubtedly made some adjustments for this time around.

However is a gap of 17 losses in the faceoff circle just too much to adjust to?

We shall see today.

If there’s any place where Ohio should have the upper hand, it’s in the offensive department.

Rochester’s Jordan Wolf has 37 goals and 24 assists this season, putting him third in the league points-wise, just one above Ohio’s Tom Schreiber, who has 29 goals (one two-pointer) and 30 assists.

The problem is the rest of the Rattlers’ offense.

Jordan MacIntosh and Dave Lawson have 36 and 35 points, respectively as they are the next best scorers that Rochester has to offer.
Meanwhile, taking a look behind Schreiber, Marcus Holman has been quite the goal manufacturer, tallying up 39, second most in the league, and adding 11 assists.

Assist master Steele Stanwick, Peter Baum, Jimmy Bitter and Kyle Harrison are all consistent threats on top of that.

The Machine are averaging 13.9 goals per game heading into today’s matchup while the Rattlers are posting 13.2.

Rochester’s offense has been too Jekyll and Hyde this season while Ohio’s offense, at least in the second half, has been much more consistent.

In the special teams department, Rochester’s power play is dead last in the league, converting on just 21 percent of their chances.

Ohio is also in the bottom half, as the Machine are fifth in the league with a 28.2 percent cash-in rate.

Will the depth of Ohio’s offense be too much to handle, or will Jordan Wolf get help with some secondary scoring?

He might not be the best goalie on paper, but Brian Phipps is a goalie that anyone would love to have on their roster given his confidence level.

His timely saves and consistent play throughout the season is one of, if not the biggest reason Ohio is where they’re at.

Phipps played in all but one game during the regular season, posting a 9-4 record to go along with a 12.23 goals against average and maintaining a .564 save percentage as well. He and the Machine defense have given up 12 goals or less in three of their last five games.

In the two regular season games against Rochester, Phipps made 40 saves on 68 shots. There’s no doubt that Ohio head coach Bear Davis would love to see the numbers that he’s had against Rochester continue this afternoon.

Guarding the cage on the other side, former Syracuse Orange netminder John Galloway is capable and has proven to be exceptional at times, but again the consistency is in question.

He, along with the rest of the Rattlers defense have shown that they can give up just six goals in a game like they did against Boston on June 7 or hold a team to nine or 10 goals as they have a few times this season.

If the Machine are expecting the latter, then they are in for a long afternoon.

Just something small that I wanted to point out, if you’re into this kind of thing.

Almost flip-flop that with Rochester, as they are 5-2 at home and 3-4 on the road.

Game time between the Machine and the Rattlers is set for 4 p.m. and can be seen on CBS Sports Network.