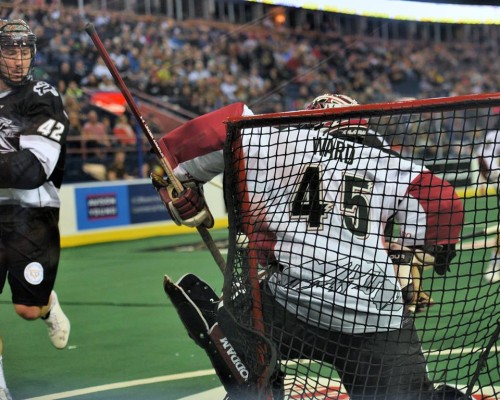 The Buffalo Bandits, coming off of their Champions Cup appearance last season, open their season at home tonight against the Colorado Mammoth, a team coming off a western conference finals berth.

While Buffalo has retained mostly the same roster, losing just Chad Culp and Jay Thorimbert, the Mammoth roster looks quite a bit different.

No Adam Jones, as the Mammoth shipped the former third overall draft pick to Saskatchewan for Zack Greer. Greer joins an offensive unit led by John Grant Jr and Callum Crawford, to be one of the most potent attacks in the entire league. Last time these teams met, Crawford tallied nine assists in an overtime victory in Colorado.

The real challenge for the Mammoth won’t be finding the back of the net, but finding a way to slow down last year’s top offense that scored 14 goals per game last season. With Dillon Ward back in the cage, and an improving defensive unit led by Robert Hope, Colorado should be able to contest the Bandits.

That offense, however, was led by Dhane Smith and his league leading 137 points as he ended any conversation of if he is an elite player; he is.

Smith leads a group that includes 37 year old Mark Steenhius, and Ryan Benesch who has been consistent since joining the Bandits and put up 30 goals last season. Second year player Anthony Malcolm should get some more reps along with Mitch Jones, now full time with the Bandits. The Mammoth will also have to contend with the top power play unit in the league from last season.

The only real new face on the team is Brad Self, acquired from Rochester, to close the transition gap the team has struggled with. Self along with Andrew Watt, finally healthy, lead that unit.

Mitch de Snoo is the name to watch on defense in front of Anthony Cosmo tonight against one of the other toughest offenses in the league.

Cosmo goes up against Ward, who had the second best goals against in the league in 2016 at 10.33, which is also the best in his career.

Buffalo won all but one home game last season and are known as one of the most difficult places to play in the NLL. With most of the team back again this season, and Colorado looking to make a dent in the western conference standings, this is a heavyweight battle to open the year.