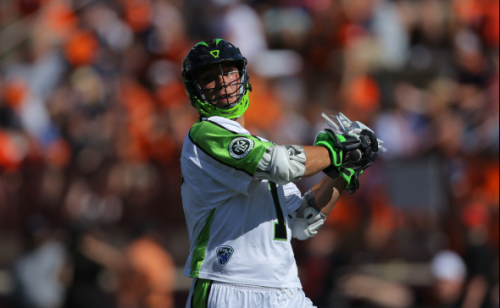 Today is the opening day of MLL action. New York opens their season with Ohio coming to town.
Gone from New York are Brian Karalunas and Max Seibald, but entering is Brian Spallina and Paul Rabil. Seibald speed and aggressiveness will be missed, along with Karalunas’ wealth of an LSM. With Rabil and Spallina, the Lizards gain veterans, both offensively and defensively, something I think they’ve been missing.
Rabil adds a huge threat to an already dangerous Lizards offense, whereas, Spallina will be coached by his brother and makes the New York defense that much more physical.
Offensively, New York has a lot of fire power with Rabil, Pannel, Palasek, both Brattin brothers, DeNapoli, Gibson, Marasco, Poskay, Stone and Sturgis. These names have made significant individual impact for every team they’ve played on, both college and pro. This offense seems invincible and hopefully it proves it.
Like Duprey and Joe a Fletcher are two very distinguished defenders. With Spallina, they are that more frightening to go up against, especially with the Unterstein brothers. Teams will go up against s physical defense when facing the Lizards and better be ready to take a hit.
Ohio’s offense is tough to stop though. With the likes of Schreiber, Harrison, Stanwick, Baum, Cooper and Holman, the Machine have athletic and smart players down on O.
Defensively, Ohio is led by Dana Wilber and Steve Waldeck. A lot of Ohio’s defense can help in transition, which makes them that much more dangerous. It’s something Boston tried, with a good amount of LSM’s on the team and playing close and it proved worthy when it worked.
Between the pipes, New York has long time trusted goaltender, Drew Adams. The best goalie in the MLL. He unfortunately didn’t see time in the World Championship game last season against Canada, which he should have, but he will make it tough for any offense to score. Scott Rodgers and Brian Phipps are Ohio’s goalies and both have proven their worth to start.
Faceoff are critical in the game now a days. New York has the best in the business in Greg Gurenlian. He goes up against Efic O’Brien, who will not make it easy for the beast to win the draws.
New York leads Ohio 6-0 in their meetings. Game time is set for 5pm at Shuart Stafium in Hempstead, NY. You can catch the action on ESPN3.