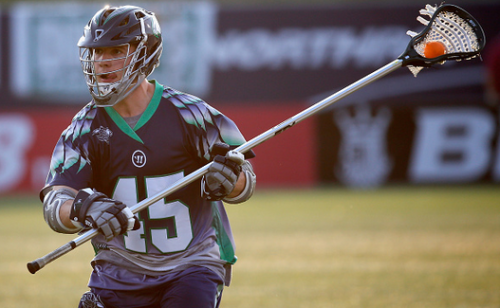 The Bayhawks have had two sub par years summers after winning back-to-back championships. Depth is a huge issue as the roster has turned over since the days of holding the title at the end of Championship Weekend. Chesapeake looks to return to form this summer and add players who will be staples in their lineup every week.

Of the fourteen games played in 2015, only three players played in all of them. Of those three, two return and the other was shipped off this past off season, Tyler Fiorito. Ben Rubeor has been a staple, but is aging. CJ Costabile was the other and his versatility was symbolic of the entire roster; players needed to play a variety of roles in order to fill gaps in depth. Costabile faced off, played defense, ran transition, and played end to end.

What issues needed to be settled: Goals

Chesapeake was statistically last in almost all categories at the end of the season. Ground balls, face off percentage, and goals scored were all categories where the Bayhawks were looking up at the competition. Only one 2-point goal was scored the entire summer. Even though they did score more goals than one team, they were outscored in total by every team in the league (172 goals total).

Who is going to step up and be the day-in, day-out threat to score when the team needs it? Matt Danowski is aging, along with Joe Walters. When Walters showed up, the offense clicked at a better capacity, but the team needs someone who can shoulder the load. The aging faces of the Bayhawks need some youth to step up and shoulder the weight. Seems like other teams are doing a better job at that.

Bayhawks were under 40 percent on faceoffs last season. With the minimal possessions coming off the draws, the defense has to shoulder a lot of the load. With Michael Evans being injured for a majority of the last two seasons, this doesn’t bode well for the Bayhawks chances. If the Bayhawks are youthful in any area, it is the defense. Costabile, Jesse Bernhardt, Brian Megill, Andrew Casimir, and Kyle Sweeney joining Evans, not to mention a new goalie being the face of the franchise, they could have to hope the offense is potent enough to keep them in games if they don’t win faceoffs.

For statistical sake, let’s say there are ten possessions a quarter. Winning thirty percent of the draws taken to start each possession, leaves it to the defense to make a lot of stops for every one goal that the offense registers. Over the course of the summer that will lead to a lot of tired legs.

Chesapeake Staple: Matt Abbott, M
Abbott has been invaluable to the organization. Where doesn’t he play? Abbott has been on the wing of faceoffs, first line offense, man down defense, and asked to run out end of game possessions due to his athleticism. When coaches look at building a team, Abbott is the type of player more often than not taken first. Is there someone who can come in and help shoulder that load in order to keep him available at the highest potential all summer.

Abbott had career numbers last season and the coaching staff hopes to get a repeat performance in 2016.

The NCAA Tournament the last four years has been the been setting the stage for the emergence of Nick Ossello as a gritty, determined, and athletic midfielder for Notre Dame. Will this be the season for him to emerge as one of the new faces of the league. Fans like the way he plays the game and his presence all over the field. In his own version of Abbott-esque performances, he will faceoff, play offense, lead the transition from defense to offense, and could be used for more.

Will the coaching staff get the most out of him? They hope so. With him being available in the Supplemental Draft, this could be a rags to riches story.
Prediction: Sixth in the league, outside of playoff contention. They need a shot of youth to get back to Championship Weekend. Time to build it back to a contender.