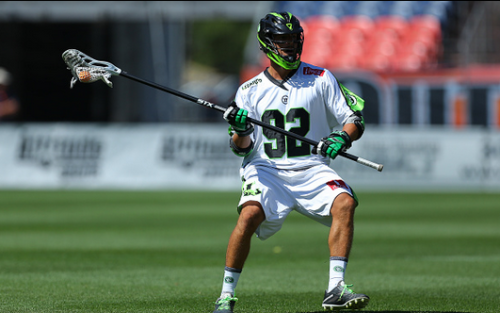 Teams in Major League Lacrosse have spent the entire offseason getting ready for the upcoming season, and come Saturday, April 23rd, fans will get chance to see how much that hard work pays off. No team has had to work harder than the defending MLL champions, the New York Lizards. They realize they have a huge target on their backs, especially since the MLL expanded to nine teams during the offseason with the addition of the Atlanta Blaze. However, the Lizards are up for the challenge, and they are, by far, the favorites to win the Steinfeld Cup for the second year in a row.

The Lizards, for the most part, kept the same roster as last season, and that certainly makes sense. The 2015 New York Lizards were good enough to win the MLL championship, so if isn’t broke, don’t fix it, right? Joe Fletcher won the Defensive Player of the Year Award, Drew Adams took him the Goalie of the Year, Greg Gurenlian reigned supreme over all other MLL athletes as the MLL MVP, and Paul Rabil’s outstanding performance in the championship game propelled the Lizards to their third Steinfeld Cup in franchise history, netting him the Championship MVP.

Aside from a few young draft picks in the MLL Draft, the only notable offseason roster change the Lizards made was adding midfielder Andrew Hodgson and defender Luke Duprey from Denver. Hodgson has quick feet and can occasionally sneak a few goals past the goaltender. Fans can look to him to strengthen the midfielding core and possibly step up for Rabil should he go down with injury. Durpey is a great all-around defender that poses problems for attackers and midfielders alike.

Key match ups in the season

Lizards vs. Rattlers-This is the opening game for the MLL, and what better way to kick off the new campaign with a rematch of last year’s championship teams. No doubt, the Rochester Rattlers are hungry for a championship after losing two years in a row in the championship game, and their best opportunity to show fans that they will finally win the Steinfeld Cup is by knocking off the defending champs. If the Lizards want to defend their title, they’re gonna have to beat the Rattlers.

Lizards vs. Cannons-No, this is not an attempt to establish a new New York-Boston rivalry in professional sports. Yankees-Red Sox and Patriots-Jets already do a good enough job making New York and Boston natives hate each other. The Lizards and Cannons, though, have had some close contests last year. The Lizards may have swept the season series and even defeated the Cannons to get to the Championship game, but it certainly wasn’t easy. The Lizards escaped the Cannons on May 3rd 2015 16-15 and then defeated them 15-12 at James M. Shuart Stadium the next weekend. Fast forward to the MLL Semi-finals, the Lizards edged out the Cannons in overtime 16-15. New York and Boston will face each other June 18th at Shuat Stadium.

Key Factors for the Season

The Lizards may not like to hear it, but Rabil was the x-factor for them last season. He was the final piece to Lizards’ puzzle, and it was evident what happened when he did play and when he didn’t. When Rabil played, the Lizards were unbeatable, going 8-0 before the All-Star game. When he got hurt before the All-Star game and was forced to miss a couple games, the Lizards lost to the Florida Launch and the Charlotte Hounds. If Rabil can be healthy, the Lizards are hard to beat. They may have added a few pieces to replace Rabil on the off chance he gets hurt, but it’s hard to replace a talent like him.

It’s quite a rarity that a face-off athlete wins the MVP Award, but that’s what Gurenlian did last season. He set records for the highest face-off win percentage and most ground balls picked up in a season, which undoubtedly played a huge factor in getting the Lizards a championship. Not once last season did Gurenlian fail to win at least half of the face-offs in a single game. When Gurenlian enters “Beast Mode” again this year, the Lizards will be unstoppable.

Much like a face-off athlete winning the MVP Award, a team that repeats as champions in the MLL is a rarity. In the entire 15-year history of MLL, only two teams repeated as champions two years in a row, and that was the Philadelphia Barrage in 2006 and 2007 and the Chesapeake Bayhawks in 2012 and 2013. However, if there was ever a team that had a good chance of winning back-to-back championships, it would have to be the New York Lizards. The roster is filled with good talent led by an outstanding coach in Joe Spallina. It would be an absolute shock if the Lizards missed the playoffs this year, at the very least.