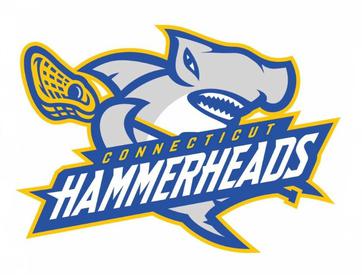 The Connecticut Hammerheads hope to prey on weaker teams during their inaugural season in Major League Lacrosse to get the job done and finish at the top of the league. After technically moving from Dallas this winter, they’ll have to do this with a plethora of new faces—especially on defense.

The Hammerheads will rely on Greg Weyl’s defense and professional lacrosse experience to drive the defense and stop shots against many of the best players in the world. Weyl is a New York native who spent the most amount of time with the Florida Launch. He will be joined by several others bringing fresh perspectives and new talent to the defensive and midfield positions.

Joining Weyl on defense will be Trevor Smyth of Orangeville, Ontario, who brings a year of NLL experience with the Halifax Thunderbirds to the defense. Although box play is different in the NLL and in Canada, Smyth proved in the indoor game that he can quickly adapt to various types of play.

Smyth will use a long pole so expect him to be more of a defensive addition than an offensive threat. With Shawn Evans not making the 25-man roster, look for Bradley Voigt, Will Sands and newcomer Dan Lomas to immediately impact the attack.

Voigt was a 2019 Rookie of the Year nominee, accumulating 22 points in 10 games (17G/5A). The Hammerheads will look to his youth and offensive abilities to prey on openings left open by the opposition. The Hammerheads will also have to work on driving to the net. Someone who should be able to do this is Dan Lomas, given his indoor experiences

Lomas has the ability to drive to the net while seeing open players as defenders drop off their men to pick him up. Lomas will need to adjust to the less physical style of play that is needed to keep him out of the penalty box. Connecticut will also draw on the previous professional play of Will Sands and Ryan McNamara. Sands played solidly for the Boston Cannons while McNamara played for Rochester.

Other key players for the Hammerheads will probably share time, and we’re talking about the most important position here – the goalies. Sean Sconone was the 2019 Goaltender of the Year and a fan favourite. This gives him an edge of Kris Alleyne, but they both have pro experience and that should bring the coaching staff some comfort.

There will also be a fight for time at the X with Justin Schwenk and Noah Rak the two faceoff specialists on the roster. Schwenk is a rookie who played for the University of Virginia, while Rak has yet to find a solid home after finding himself on four MLL rosters over the past two years. His stats are decent, though – as a rookie he was 41% and then 46% to start his sophomore year.

It will be key decisions like the faceoff that head coach Bill Warder will have to keep a close eye on. As a 12-year vet, Warder has the experience to make a team come together. He won Coach of the Year in 2018, owing to his ability to make tough decisions as a coach. His experience will be challenged this season as he looks to creates the best lineup he can in a short amount of time with this year’s unusual style of play.