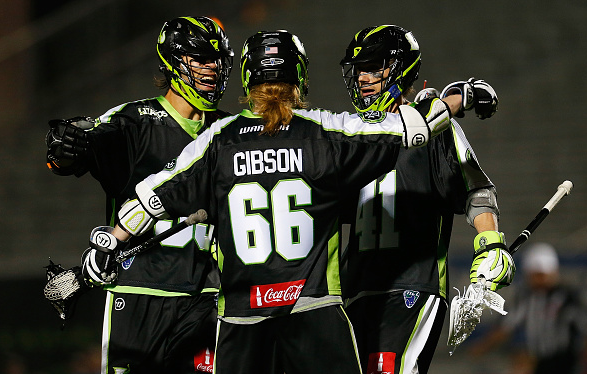 Weeknight MLL action gets rolling tonight when the Denver Outlaws visit Hofstra University to take on the New York Lizards.

The visitors are coming off of their worst lost in recent memory, a 22-9 trouncing at home to the Boston Cannons. Denver Head Coach B. J. O’Hara said that his team got off to a good start but then the Cannons outplayed the Outlaws in every aspect of the game.

Anthony Kelly was back in the lineup for Denver last week and has more than a puncher’s chance of slowing down Greg Gurenlian at the faceoff dot, but to what degree remains to be seen.

Denver will also be without the service of Eric Law, who earned a trip back to IR after re-aggravating an injury that has plagued him all season. Wesley Berg remains on IR as well. What does all this mean? Denver has been the walking wounded all season long. That’s not proffered by way of an excuse, but simply a reality of the situation. The roster has talent, but the lack of consistency this season means that the team has yet to really gel, which, at this point in the season, isn’t a good thing.

A coach-speak classic is talking about getting back to fundamentals. Yet, when you look at the Outlaws’ turnovers this season (which leads the league) it becomes less of a surprise that fundamentals require additional focus. Many of these turnovers are unforced as well; not a good sign.

On the other side of the field, the home team is coming off of a much needed win over the Chesapeake Bayhawks. How can a 9-2 team “need” a win? Well, when you’ve lost the previous two games to the worst teams in the league the morale boost is pretty helpful.

Drew Adams continues to see a ton of rubber this season, but he’s stopping the ball well, if not exceptionally well, and bailing out his defense a few times per game.

The league’s Golden Boy, Paul Rabil, returned to the lineup for the Lizards last week and laid six points on the Bayhawks. Rob Pannell mustered 5 points against Chesapeake so it looks like the main cogs of the New York offense are back in gear.

Penalties hurt the Lizards significantly last week. Coach Joe Spallina estimated the total number of penalty minutes served last week at “three and a half hours.” If anything, this just seemed to make the team angry. Who wants to play the Hulk of the MLL when Hulk is angry?

Expect Denver to put up a decent fight here. After being humbled last week they should have some fire in their step as well. However, the Outlaws’ defensive woes are just too significant to hold off the New York juggernaut for a full 60 minutes. If the Lizards win by 4 or more I wouldn’t be surprised.