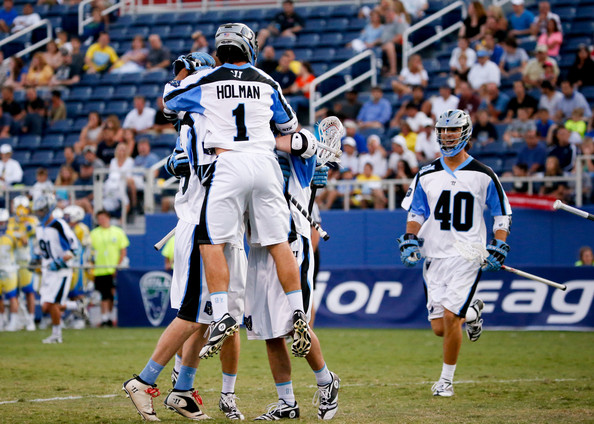 The Ohio Machine made the playoffs in back-to-back seasons after coming into the league as an expansion team just a few summers ago. Now they will look to take it a step further and make it to the championship game.

This offseason, Ohio has made some solid moves. After the newest MLL team, the Atlanta Blaze, drafted standout defensive midfielder Dominique Alexander from Ohio in the expansion draft, the Machine wasted no time getting him back by trading away goalie Scott Rodgers. Since then, they traded again with the Blaze, this time to get Rodgers back on the Ohio roster.

Now with the MLL Supplemental draft over this past week, Ohio added some talented players on both sides of the ball with all of their 14 picks. Some of their bigger name picks that can help this team out are:

Jack Rice, Attack—This four-year starter out of Villanova had a great collegiate career. Rice has been picked up in this draft before when the Boston Cannons took him back in 2014 and has also played for the Chesapeake Bayhawks.

Matt Harris, LSM/defenseman—This former Syracuse Orange defender has seen a good amount of time so far in his pro career mostly with the Florida Launch. Matt is also a Midwest product of the state of Illinois.

Adam Fullerton, Goalie—Fullerton, who stood in between the pipes at Army, has had success in Major League Lacrosse both for Denver and Florida. This move helped set up the trade that took place this week when Ohio traded away starting goalie Brian Phipps for LSM Jordan Houtby.

Brandon Mangan, Attack/Midfield—This Long Island product had a stellar career at Yale and after seeing some time for his hometown Lizards his rookie season played for Florida in 2015.

Tim Cox, Midfield—During his senior year at Albany he had 17 goals, 8 assists. Cox also had 25 ground balls and caused 14 turnovers. With this pickup Ohio gets a player who is capable at many things on the field, which can help get on the roster.

Zach Palmer, Attack—A star player during his Johns Hopkins days, Zach finally cracked the pro lineup when he suited up on attack for the Machine last summer. Palmer could crack the lineup again this year and be a big help to start the season off.