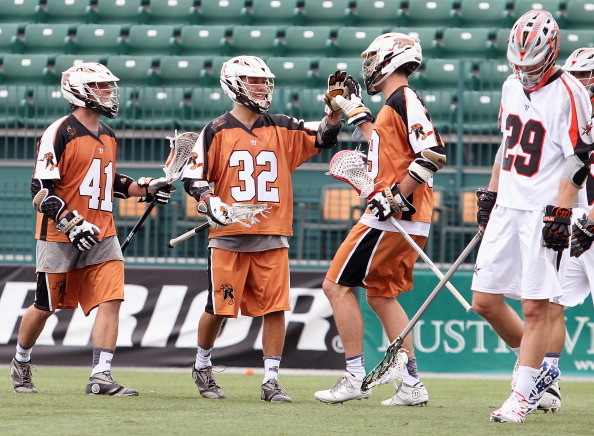 Last week MLL teams announced their 23 man protected rosters as coaches protected their core players before trimming down to the 12 man protected list prior to the Atlanta Blaze picking their first draft.  This week we are looking at some of the players that were released.  With an expansion team many of these players will find a spot on a roster.  The talent available in this round has some good players that beg the question can there be a second expansion team named soon?

Starting the teams off in alphabetical order, the Boston released Josh Amidon and Owen Blye, two players that contributed early to the Cannons offensive success.  John Glesener, Josh Hawkins, Joe Nardella, and Ryan Tucker made key contributions that had Boston one goal away from the championship.  On defense, Jack Reilly and Michael Pellegrino were released to keep Scott Ratliff, Mitch Belisle, Brodie Merrill, and Chad Wiedmaier together.  Eric Hagarty as a casualty as Boston protected Jordan Burke and Adam Ghitelman, proven goal tenders in the MLL.  Boston did not look to do a lot to their roster and protected the players that made them a preseason pick for the cellar to championship contender.

On the reverse, Charlotte spent most of the season tied with Florida for the cellar and despite beating the eventual champion Lizards still ended in last place.  Bright spots were few for the Hounds and they released goalies Jack Runkel and Jeffery White while retaining only Pierce Bassett in cage.  Last season the Hounds struggled to score unless it was in transition or rookie Joey Sankey.  Defense was the brightest spot for the Hounds so it came as no surprise that of the 12 players released 8 were offensive midfielders and attackmen.  It looks like the Hounds will be looking for some scoring firepower to complement their goalie and defense.

The Chesapeake Bayhawks released 21 players!  Enough to almost field a game day roster on their own.  Among the ranks of the released were Conor Doyle, Cam Flint, Zach Greer, Kip Turner, Colin Dunster, Marc McNeill, Callum Robinson, Ben Rubeor, Kyle Sweeney, Stephen Robarge, and Jack Rice.  Given the success of Tyler Fiorito and the fondness for Terps like Niko Amato it was not a total shock that Kip Turner was  no longer with the team.  The real surprise was that key offensive players like Ben Rubeor and Jack Rice were released as well as veteran Kyle Sweeney.  The physically imposing Callum Robinson could not find a spot on the roster even though Chesapeake only protected 5 poles.  Stephen Robarge was supplanted by rookie Charlie Raffa and Eric O’Brien as the Bayhawks hope to address their faceoff woes from the past season.

Denver released 15 players as the failed to defend their title or even make the playoffs.  Face offs and defense plagued the Outlaws during the season so it was surprising to see Geoff Snider among the departed because of Anthony Kelly’s injuries last year.  Snider arrived in Denver nursing injuries from his indoor commitment and Brent Hiken improved at the X so it is possible leadership is leaning towards youth.  Goalies Ryan LaPlante and Johnny Rodriguez were among the released despite the retirement of all-star Jesse Schwartzman.  Dillon Ward is at this moment the only goalie on the roster.  Veteran defensemen Tim Henderson and Ken Clausen were released on a unit the felt the loss of all-star Lee Zink.  The success of the Bocklet bothers on attack and the presence of John Grant Jr made Greg Melaugh a casualty as the Outlaws try to get Eric Law back from injury.

Florida struggled to get early season production from the midfielders other than Stephen Brooks and Roman Lao-Gosney.  Defenses keyed onto the Launch’s potent attack, but as the season progressed scoring became more equally distributed.  The Launch parted with midfielders Duncan Clancy, Ryan Creighton, Jordan Hall and Sam Snow.  Defense was another area of concern as Florida had trouble keeping opposing offenses from scoring on their goalies.  The Launch will continue searching for depth at defense as Mark DiFrangia, Brendan Gleason, Shaq Hunt, and Nick O’Hara were also released.  Brett Queener was an obvious choice for the protected list but Florida went with youth at the back up position as Austin Kaut was protected and veteran Adam Fullerton was among the released.

The champion Lizards parted ways with back up goalies Matt Poillon and Sean Brady as they seem content to trust their future to Drew Adams.  Given that Adams has been one of the best goalies the past few seasons, it seems a safe bet.  New York will be looking for back line depth as Luke Duprey, Anthony Santomo, Chris Piccirilli and veteran Nicky Polanco were also released.  New York’s offense proved potent at some points unstoppable.  Cracking the lineup there is difficult at best.  Hakeem Lecky and Matt Poskay were not able to secure spots on the midfield while Cody Jamieson never suited up for New York’s attack due to an injury sustained during the NLL season.

The Machine had one of the most potent offenses in the league as well as one of the most efficient defenses.  They came within a game of the championship and need to figure out how to make their stats carry them to the next level.  Ohio has the best goalie tandem in Brian Phipps and Scott Rodgers so carrying a third goalie was not in the cards for Austin Geisler.  Face off specialist Andrew Rullan was lost in the success of Greg Puskuldjian and will look for a roster spot outside of Ohio.  Brian Farrell’s retirement takes an important gear out of the Machine’s defensive cog

Rochester traded for Mike Poppleton to address its face off deficiencies, but released veteran John Ortolani; a questionable move considering both players were either injured or coming off injured reserve last season.  Failure to add depth was not the only position the Rattlers failed to address as they parted ways with defensemen Sean Young and Matt Miller.  A season ending injury to Mike Manley highlighted how little depth Rochester has on defense.  On the offensive end, Jeremy Boltus, Mark Cockerton, and Jeremy Thompson failed to find spots on the roster as well.

The talent that was released last week is definitely enough to field another quality team in the MLL.  This number will only expand as more players join the player pool.  Roster moves will become more critical as the expansion draft date draws closer and teams need to look deep into themselves and identify their strengths and protect them and look to the future.  What the teams lose to the expansion draft will have to be replaced from the player pool and college draft.