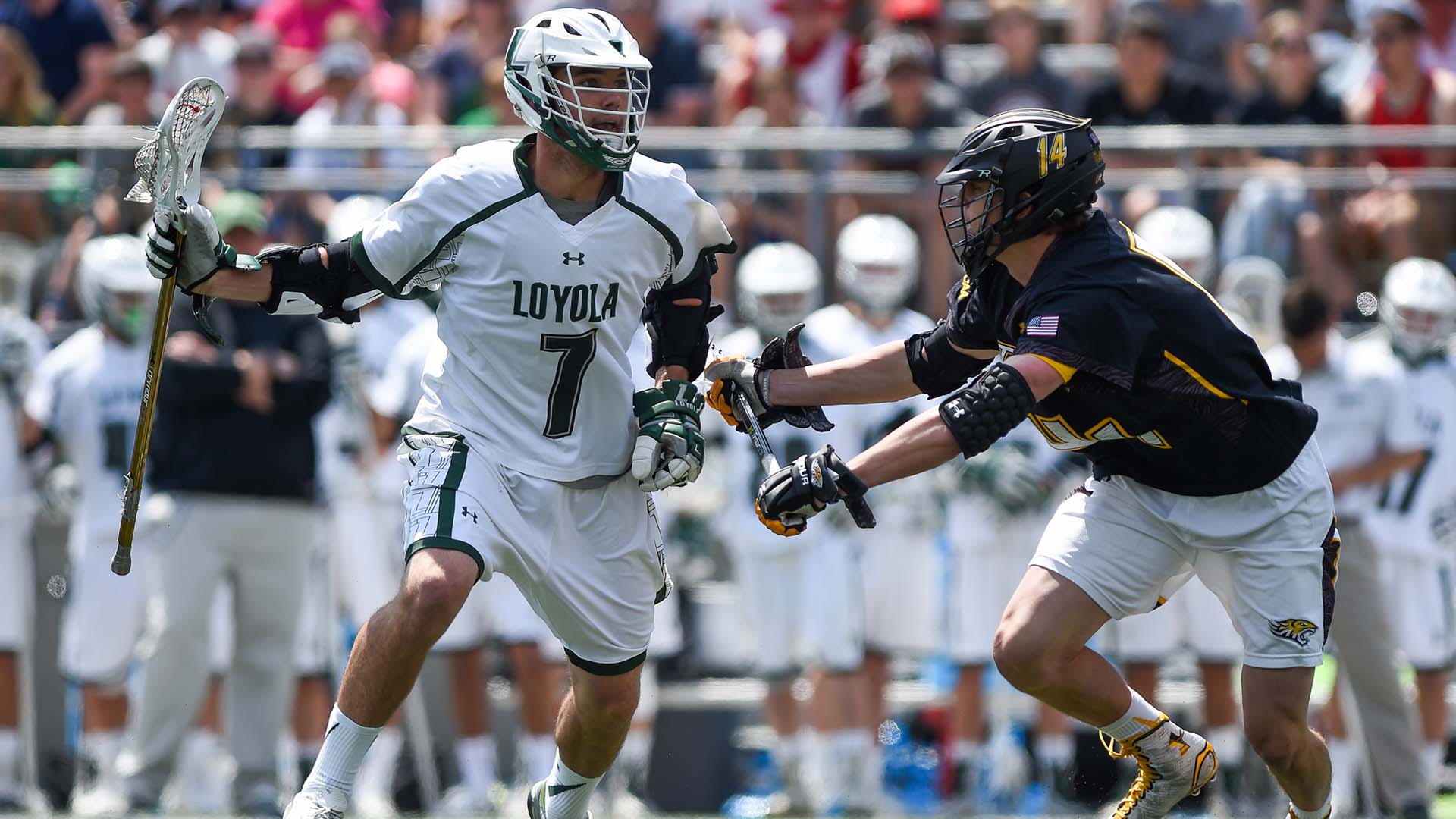 Memorial Day Weekend is here, and that means some of the best lacrosse teams convene to decide a National Champion. The North Carolina Tar Heels and the Loyola Greyhounds get things kicked off at noon at Lincoln Financial Field (and on ESPN2), while Maryland and Brown follow. Make sure you read Brendan Staudt’s preview of the second semifinal game as well!

Both teams each have four kids each from the Philly suburbs. For UNC, their main guy is defenseman Austin Pifani, a junior from Abington. Freshman goaltender Colin Reder from Episcopal Academy got some time this season as well, along with junior defenseman Jake Peden, a product of Downingtown East. Also, former Malvern Prep FOGO Charles Kelly is also on the team. He’s not related to any of the other three Kelly’s on the team.

For Loyola, none of their Philly players see a ton of time on the field. The player that’s been on the field the most has been defenseman Ryder Harkins, a Malvern Prep grad. They also have Matt Heim from Central Bucks East, Chad Rafferty, who also went to Malvern Prep, and freshman LSM Damase Bagbonon, who went to Conestoga.

UNC arguably played their best game of the season last weekend in a dominant 13-9 win over Notre Dame. Steve Pontrello, who went to nearby St. Augustine Prep in South Jersey, had four goals and two assists after scoring a pair of goals last week. Chris Cloutier had a hat-trick and three assists, while Michael Tagliaferri and Luke Goldstock each had a pair of goals. Brian Balkam made 14 saves, and Stephen Kelly dominated the faceoff X, going 17-for-25 last weekend.

A defense that was anchored by Pifani limited a Matt Kavanagh led offense to three goals in the first three quarters, and a shutout in the 2nd. They also held Sergio Perkovic pointless.

The Tar Heels will face off against a hot goalie in freshman Jacob Stover and another freshman sensation in attackman Pat Spencer. Kelly should fair fine against Loyola’s faceoff man in Graham Savio.

The Hounds edged out fellow Maryland rival Towson 10-8 to move on to Championship Weekend on Sunday. Spencer and Zack Sirico each recorded a hat-trick and an assist. Spencer had a hat-trick and five assists two weeks ago against Duke, when senior attackman Zach Herreweyers had a big six game performance. He only had a goal last week against the Tigers. Stover made five saves in net after making 16 against Duke back at Ridley. Savio went 15-of-21 from the faceoff X.

The Greyhounds hope to end UNC’s magical run on Saturday, and will have to contain “Agent 0” Steve Pontrello. Foster Huggins, David Manning, and Jack Carrigan anchor the Greyhound defense, along with LSMs Ryan Fournier and Zac Davliakos. I think this defense will be just fine against UNC.

Earlier in the week, I thought that Loyola would take this game easily. But after watching practices today and getting to know each team a little bit more from previous games, I think that this game is very underrated. Sure the Maryland-Brown game is getting a ton of popularity, but if you want to see some very good lacrosse, I think this will be the game to see it. I think “Bones” Kelly will be fine against Savio, and the Pifani-Spencer probable duel of All-Americans will be fun to watch. If UNC’s offense can play as well as they did against the Fighting Irish, I think this game will be a one goal game. I still pick Loyola though.