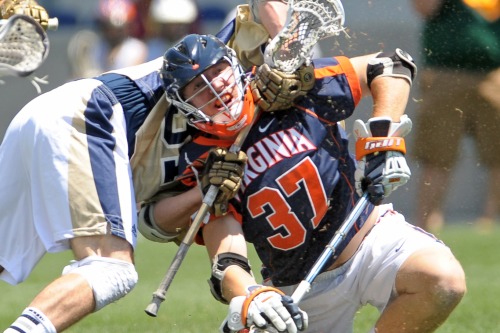 The 10-4 Virginia Cavaliers and the 9-6 Johns Hopkins Blue Jays will face off in the first round of the NCAA Tournament. Just think, a few weeks ago Hopkins sat at 4-6 and was a long shot to make the Tourney, but after rattling off five straight wins and gaining the Big Ten AQ, here we are.

For me this game comes down to the Hopkins defense versus the Cavalier offense. Eric Schneider CANNOT have a poor game. At times this year the graduate student has looked like he couldn’t make a save if his life depended on it, while in other games he’s looked solid. Shot selection will be key for UVA as they will not want start off the game building up Schneider’s confidence. If UVA can get Ryan Tucker going early, it could be a very long day for Pietramala and his Blue Jays. In the first, regular season matchup, Hopkins proved that it could not shut down the multiple outlets of firepower from UVA and I don’t know if the Jays’ defense will do much better this time around.

Virginia went winless in the ACC but 10-0 out of conference to earn the #7 seed in the NCAAT. The best player for the Cavaliers may be its goaltender, Matt Barrett. After making over 13 saves a game and holding a .565 save percentage, Barrett earned a spot on the ACC All-Conference team. The UVA defense snagged just over seven caused turnovers per game this year, good enough for 16th in the nation. That being said, the defense is fairly inexperienced. The long-poles are led by Davi Sacco, a former walk on for the Cav’s and a player who never started a game prior to this year. A Jamesville-Dewitt product, Sacco has 22 caused turnovers and 25 groundballs this season.

Going against the UVA defense is a very staunch attack line for Hopkins. In fact, the attack line may be the best portion of this team. Wells Stanwick heads up the attack line, and is an unbelievable feeder. He has 191 career points and is one of the best assist men in Johns Hopkins history. He is so good that he is fifth in the country in assists per game. His younger brother Shack Stanwick also starts on attack. Shack has played extremely well as a freshman totaling 20 goals and 19 assists. The scorer, however, is junior Ryan Brown. Brown has an unreal shot from deep; if UVA gives him time to set up watch out for an absolute cannon. He has 109 goals in his three years as a Blue Jay and is second in the country in goals per game.

The Cavaliers’ first midfield line is easily its biggest offensive threat. First up on the starting midfield line is Zed Williams, the former #4 recruit in the nation. Williams came to UVA with massive expectations, and after being held to just six goals last season, he has gotten on track as a sophomore with 20 goals, 17 assists, and 37 points. After Greg Coholan moved to attack, UVA placed Tyler Germain on that first midfield line. The Maryland native has eight starts this year and nine under his belt overall. After a breakout 2014 year, Germain has added 19 goals and seven assists to the 2015 campaign. The final midfielder for UVA is the well-known Ryan Tucker. Tucker now has totaled 100 points in his four-year career and has started three years straight.

While I think UVA has the slight edge at the midfield, don’t underestimate the Hopkins middies. Holden Cattoni is the most notorious name at the midfield, and has 19 goals and five assists this season. Connor Reed and Joel Tinney round out the first midfield line. Tinney, a freshman out of Culver Academy, is the leading midfield scorer with 31 points.

The faceoff game for UVA is not its strong point. The Cavs use a two faceoff man rotation, but never seemed to get either guy going. Overall, UVA is 44th in the country in faceoff wining percentage at .466. Jason Murphy arrived on campus this year as a transfer from Ohio State. Murphy did not play while at OSU due to a knee injury but has taken the majority of the faceoffs this year going 104-204. The other FOGO, Jeff Kratky, has a dismal 64-152 record.

At 19th in the country in faceoff winning percentage, the Hop has a decisive advantage. The Jays have been using a platoon of guys at the X, but mainly rely on two guys. Drew Kennedy had a very good .590 winning percentage in his junior year, and in 2015 he has held up a .522 faceoff percentage. Freshman Hunter Moreland is slightly better with a .581winning percentage.

The Cavaliers were lucky to have Greg Coholan, a junior from Rochester, NY, on the roster this year. After James Pannell went down with a season ending injury, Coholan moved up from the midfield to the first attack line. Coholan has a team leading 37 goals and 50 points. Most impressive is his shooting percentage, in which he sits 24th in the country at .416. As a second year starter, the junior now has 84 points in his three-year career. Senior Owen Van Arsdale has become a much bigger goal scoring threat this season. In his three previous years, Van Arsdale was more of a feeder and never had more than 11 goals, but this year he has 24 goals and 14 assists. The largest looming threat at attack is Ryan Lukacovic, who came to Virginia as the #5 attack recruit in the country, and has really proved his worth this season. Although he has 22 turnovers this year, the sophomore has also added 20 goals and 26 assists for an incredible 46 points on the year. The man-up for UVA is not good at all, but the good news is that the man-down defense for Hopkins may be worse.

The Hopkins defense is, well it’s weak. The biggest problem thwarting the Jays all year long has been the up and down play in net. Pietramala went with his backup Will Ryan for two games early on, but then went back to Schneider. Both Ryan and Schneider have sub .500 save percentages and have looked shaky at best at times. The odd thing is that Schneider has looked excellent in spurts but has also looked horrendous at certain times. The situation in net could be the difference maker in this game. 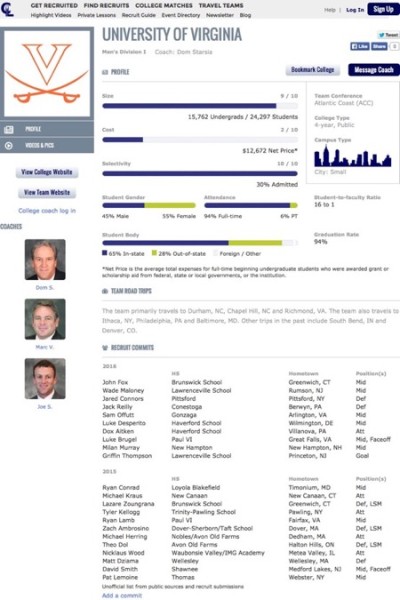