Here is the new CBA in a nutshell according to myself:

The new Collective Bargaining Agreement compromised between the NLL and the Professional Lacrosse Players’ Association (PLPA) involved sacrifice by the players and some creative thinking by the league. At this point, most people know the three major points of the new CBA:

Player salaries will remain unchanged for the first two years of this new contract reaching out to the year 2020. Not raising salaries and designing a program to increase free agency is all in an effort towards NLL public growth. With the money saved through these deals, the league will have more fiscal ability for promotional events and expansions (hopefully, more teams across the nation). There is also a luxury tax in place to penalize teams that make transactions over their salary cap of $400,000 (25% tax; 100% over $475,000). Installing the luxury taxes is also in attempt to have a source of cash flow for league teams without having to dip into the league funds that are designated for growth.

I do not understand how this is a better business plan or how this will assist in NLL growth promotion.

As per the previous CBA (as of 2012), all NLL teams already shared licensing, expansions, league sponsorship and league television revenue. Some of the expansion revenue gets invested in a player benefits fund (currently worth $500,000). Unless there are guidelines in place that have not been reported on, then teams receiving penalty tax money will either have to reinvest it in the league’s sharing program (with other teams) or find another facet for utilizing those funds. NHL Team Locations 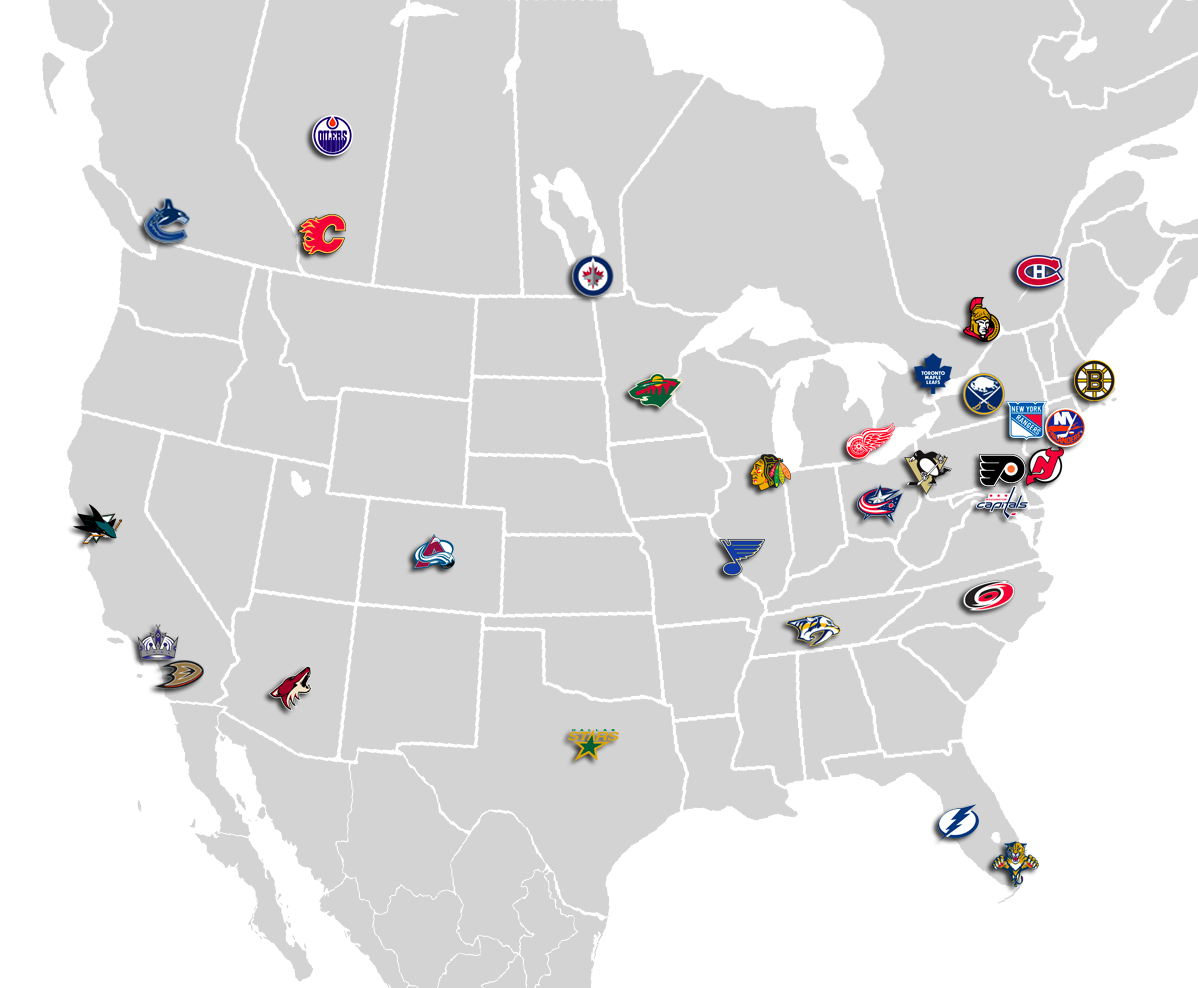 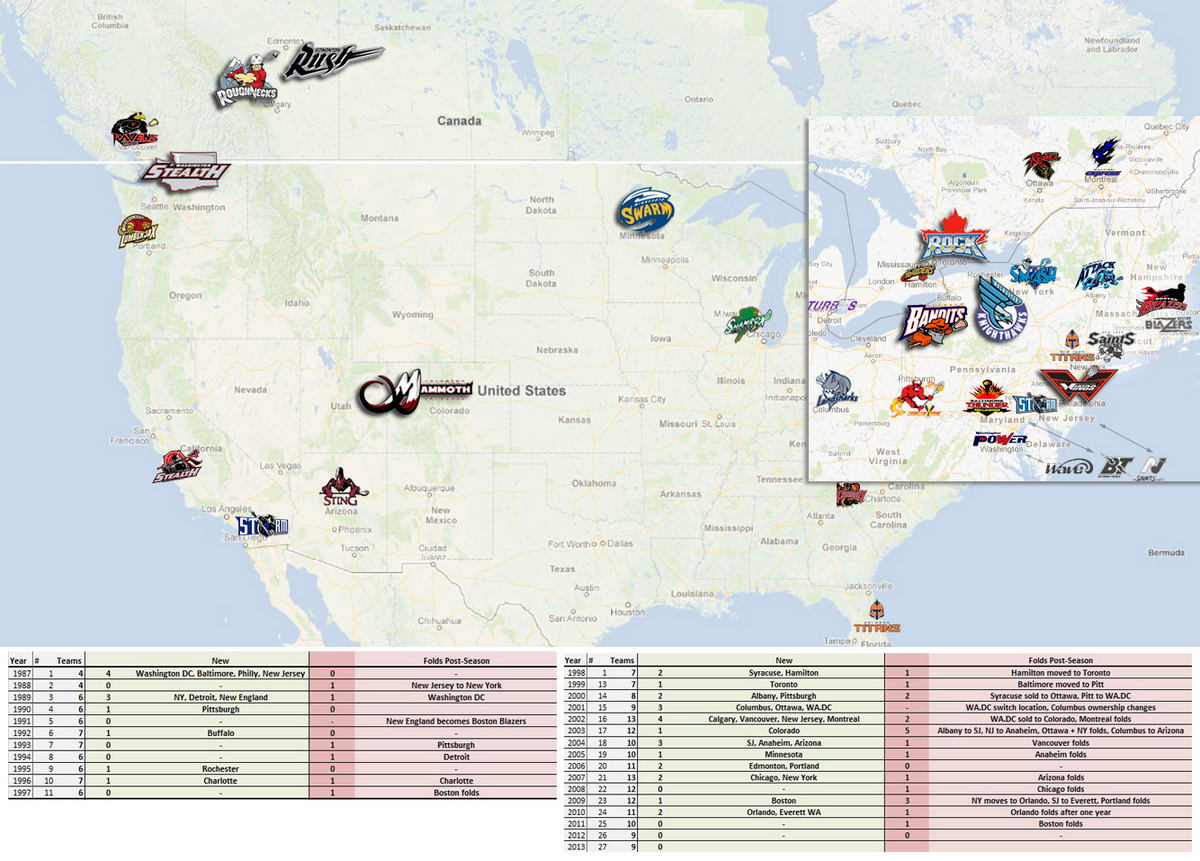 For the most part, wherever there is a professional hockey team, there can also be found a professional lacrosse team. The only major location that stuck out to me in which a hockey team is present but no lacrosse team is: TEXAS. If hockey has a substantial fan base, then indoor lacrosse should have the same substance.

All in all, though the NLL, PLPA, and new CBA outline how money will flow amongst the league and teams, there are no immediate facets for that money to go towards marketing a growth: the essential point behind the new contracts. And, there are no reports or publications stating how the league will go about promoting itself, only that it wants to. These are not easy questions as obviously fans, writers and league officials continue to look for answers. My only questions are: If this new CBA is designed around a business plan to grow the league, what is that business plan? What kinds of results can be expected, and when should we see those ramifications? How are league officials going about promoting the league? Why doesn’t ESPN cover this when they cover everything else (related to promoting leagues).