Remember that cityless team the Professional Lacrosse League announced? Apparently, they have found a home.

The DC Sports and Entertainment Group posted this website this morning with the team name of the New Jersey Rascals.

The league has not formally announced the team, but with this website posted, it is clear who their newest expansion team is. 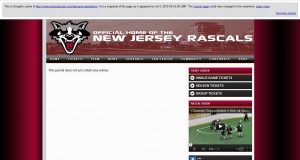 The start-up American West Baseball League has announced that DC Sports & Entertainment, LLC led by Nicholas Desrosiers has secured the rights to a newÂ franchise in Long Beach (CA). We assume the target ballpark is Blair Field. 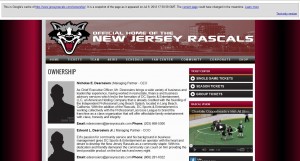 It is not clear what city this team plays in, as it has not been announced, but sources indicated before this team was announced that the PLL was looking to move to Trenton. It could also be Atlantic City.