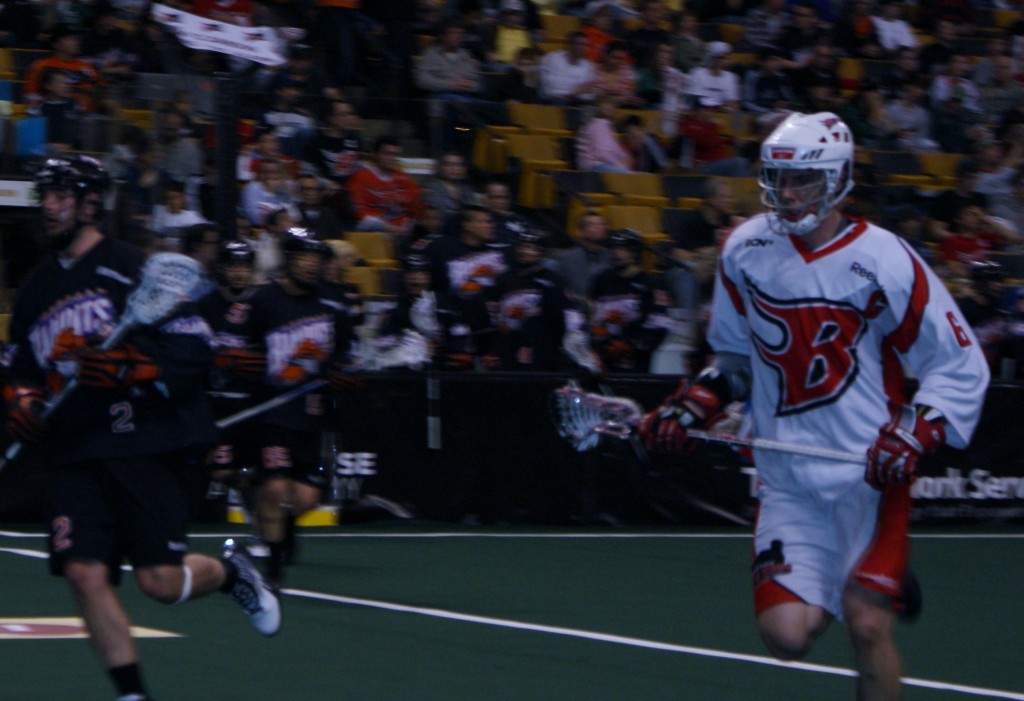 New NLL Commisioner Nick Sakiewicz addressed the media for the first time on Thursday and announced his goal to have the league expand to 16 teams at some point in the future.

The National Lacrosse League is the third-highest attended arena sport in North America, according to Sakiewicz. The challenge then will be bringing in new teams that can draw similar or better crowds while maintaining the fan base in current locations.

Sakiewicz wasn’t prepared to name any current expansion targets, instead saying he was looking for locations that have a venue which will provide a great fan experience with owners who are enthusiastic, engaged, and interested in growing the sport.

That hasn’t stopped discussions from popping up and trying to anticipate where the NLL might be looking. In Lacrosse We Trust’s fearless leader, Marisa Ingemi, began just such a discussion on Facebook which resulted in several cities being bandied about, with pros and cons on several of them.

Among the cities mentioned in that discussion thread were places like Montréal, Detroit, Kitchener, Hamilton, Winnipeg, Philadelphia, Minnesota, and New York City.

Said Tim Moony of Total Lacrosse, “Bring back NLL to Chicago!! Awesome city, and in my opinion, the Shamrox might have been incepted too early/too soon to be successful. Chicago might not have been “ready” for an NLL franchise around 2005ish, but 11 years later, with the right investors, sponsorships, partnerships, and marketing, the timing would be considerably better—for a successful franchise.”

Part of the discussion also centered around the need for a good, long-term TV contract to grow the sport throughout North America. Jeremy Ogden commented, “Selling seats means less to a growing league than TV money. 30 failed cities, including 3 of the 5 biggest TV markets in the country. You need a TV deal for a successful league and no one cares about the suburban expansion into 3rd tier markets.”

In my opinion, the Chicago comment and the TV comment are related. In order to draw national attention, the NLL needs to find its way back into one of the major markets in North America, whether it be Chicago, New York City, or Los Angeles. If the league can establish a team in one of those locations, it will help to create more credibility with the big TV players like ESPN and Fox Sports, pushing them up the dial into the primary channels and helping to drive revenues.

Of those three cities, I personally think New York is the best fit. There has been a New York franchise in the NLL for more than half of the league’s 30-year history and the potential for a good venue is better. Nassau Coliseum, currently closed for renovations, has been pointed to as a potential new home for an NLL team. As the former home of the New York Saints from 1989-2003 and the part-time home of the New York Titans in 2007, it could be an excellent candidate for an expansion team.

I also believe it’s critical to expand to places here they can draw at least the historical average in attendance. Year in and year out, the NLL has drawn between 8,500-9,500 fans per game (just over 9,300 per game, on average), with nine years where the average attendance exceeded 10,000 per game. For the league to grow, venues with at least that capacity need to be the priority. In that respect, teams like the Vancouver Stealth—playing at the Langley Event Centre with just 5,200 seats—need to be looking at options for bigger barns to move into to make the product more viable.

Nassau Coliseum also fits the bill in that respect—the arena should hold about 13,000 fans once renovations are completed.

In Chicago, a return to Sears Centre, former home of the Shamrox, would be in the right ballpark, with a capacity of 8,362, but it would perhaps be on the small side if the NLL is truly looking to become big-time. Also on the plus side for Sears Centre is that the place is quite new, opening in 2006. On the negative side, reviews of that location have not been that great, so it might be weak in terms of fan experience.

A possible partnership with the Blackhawks might be the solution in Chicago. NLL teams that have become associated with the local NHL team have done pretty well, generally speaking. The Calgary Roughnecks went from nearly bankrupt to thriving in just a couple seasons; the Colorado Mammoth and Buffalo Bandits, owned by the Colorado Avalanche and Buffalo Sabres, respectively, are consistently the top two best-attended teams in the league. So getting the Blackhawks on board and moving into the United Center might be an ideal fit.

And then there’s Philadelphia. Formerly home of an original NLL team, the Wings, they were one of the true hotbeds for the league from Day One—they were the only NLL team to average more than 10,000 fans per game in the NLL’s first year, 1987, and over the next dozen years got as high as 16,000 per game twice (16,329 in 1995 and 16,040 in 1999). It wasn’t until a sustained losing streak began that attendance began dropping like a stone—in 2008 the Wings had a 10-6 record and drew 11,605 per game; they followed that with six straight losing seasons and lost almost a thousand fans per year, winding up with just 6,864 per game in 2014, with a 6-12 record, before moving to New England.

If Philly can bring the right ownership package to the NLL (possibly an association with the NHL’s Flyers?) and they can put a winning product on the floor, there’s no reason to believe that their fans wouldn’t come back after so many consistent years of great attendance.

“The National Lacrosse League competition is the best-kept secret in professional sports entertainment,” commented Sakiewicz in last week’s media conference. I’ve believed this for years. Hopefully the new league management has a plan to start building the league again, after several years that have seen shrinking attendance, folding clubs, and teams moving to smaller and smaller locations.