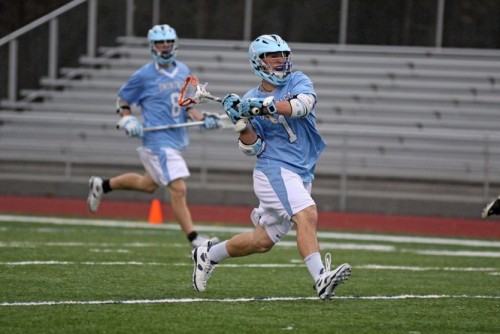 NJCAA playoffs have shaped up to be a great one. In Region III Onondaga, Genesee, Herkimer, and Dean College were the last four remaining. Onondaga had a big 27-1 victory over Herkimer while Genesee took down Dean College and the Region III Championship match up was set. On Sunday Onondaga took it to Geneses’ and won its eleventh straight Regional championship. Freshman attack man Matt Bennett had 19 points including OCC first round match up and won tournament MVP honors. The rest of the All-Tournament team Onondaga-Tyson Bell, Oakley Thomas, Sean Lattimore and Holden McDonald Genesee with Jimmy Smith and Cyrus Spruce Dean- Kyle Hewlett and Mike Patjane Herkimer- Nashwan Hoffman

Austin Loeffel, Goalie Essex has won their Region and is the third ranked team nationally while Nassau had no problem handing Suffolk to win their Region for another long run of championship runs. As of now Onondaga and Nassau will have byes right into the NJCAA National semi Finals. While Essex the third seed will take on its Maryland rival Ann Arundel and Geneses will take on fifth seeded Suffolk at home. All four of these teams have high hopes to make it to the final four, which will be hosted at Essex Community College this year.

National Poll as of April 27th 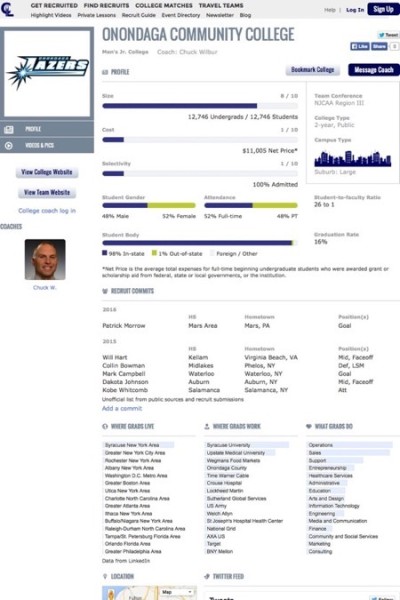