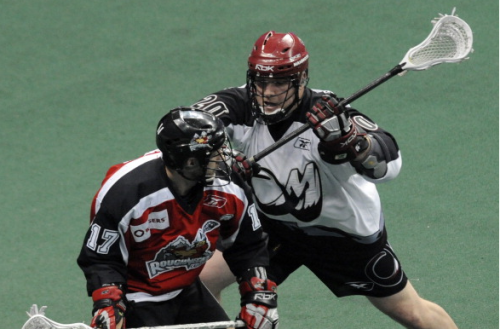 Tracey Kelusky was the first overall pick back in 2000, as well as the first overall pick in the 2002 dispersal draft.  He started his career with the Columbus Landsharks and ended with the Philadelphia Wings, spending time with the Montreal Express, Calgary Roughnecks, and Buffalo Bandits during his 14 year span.  Kelusky served as captain for the bulk of his time in Calgary, leading them to two championship titles.

Kelusky has played 211 games in the NLL, garnering 890 points (420 g, 470 a).  This gives him an overall points per game of 4.22.  He has never been less than a point per game player.   In 16 playoff games, he has 67 points. His accolades are impressive, beginning with rookie of the year in 2001. He has made the NLL first team all pro three times and the second team twice.  In 2002, he was voted NLL MVP by his peers. He has played for Canada at both the Heritage Cup and the World Championship, winning a cup, a silver, and a gold medal.   He also was named the All Star Game’s MVP in 2005 and took home the Sportsmanship award in 2007.

Kelusky certainly has the resume to make him hall of fame worthy.  However, more importantly, Kelusky is one of the most respected and well liked players to have played the game.   Kelusky played the game unselfishly, choosing to also better his teammates.  As he moves into coaching, he hopes to pass on that approach.

Kelusky enjoyed a long, successful career before retiring due to unresolving injuries.  Upon retirement, he was offered a coaching position with the New England Black Wolves.  I think it’s a pretty safe bet that it will be a long time before he’s far away from the NLL and see him only accepting more and more challenges in his coaching career just as he did as a player.

Kelusky has a strong case for the hall of fame, as do many others. I would not be surprised to see him in there, if not this year, within the next two.