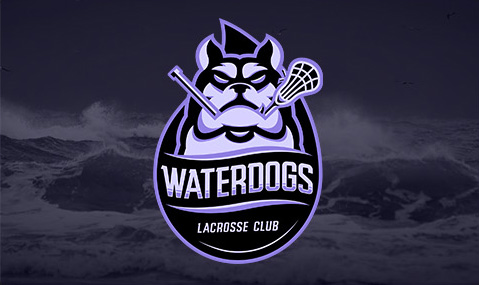 LOS ANGELES, CA. (January 1, 2020) – Today, The Premier Lacrosse League (PLL) announced the name of its expansion lacrosse club: Waterdogs LC. The club is scheduled to begin play in the 2020 season.

“For months, we have been working on creating the identity for our expansion club that would promote both excitement within our community and raise interest across sports and entertainment, says PLL Co-Founder and CSO Paul Rabil. “We landed on our decision through the combination of name suggestions from Barstool Sports’ Pardon My Take podcast, surveyed responses from our fans, PLL designers and copywriters, and one of the prominent design agencies in the world, Fortnight Collective.”

The Premier Lacrosse League will hold an official Expansion Draft on February 12th to select 18-players who will join the Waterdogs LC roster in 2020. Additionally, all 7 clubs will be eligible to draft players in the 2020 Entry Draft in March, as well as the College Draft in April. Full information on the Expansion Draft and roster protection rules here.

To design the club’s image and visual aesthetic PLL collaborated with Fortnight Collective,  renowned full-service brand marketing agency. When asked about the design process, Fortnight Collective’s Founder and CEO, Andy Nathan, stated the following, “Waterdogs LC is an identity that captures the aggression, intensity and fun that we all experience in sports. Snapping his stick in one clinch, the bulldog is a symbol of strength and tenacity. Bringing it all together, we created a custom water drop crest and a purple color palette which signals danger rising from the sea, as a purple flag is widely used as a warning for dangerous marine life.”

Nathan also noted, “Personally, as a former lacrosse player and current lacrosse coach for my two kids (who are also avid PLL fans), I couldn’t be prouder than seeing Fortnight Collective collaborate with the PLL on this project. With the continued momentum of the PLL, the future looks bright for lacrosse players and fans.”