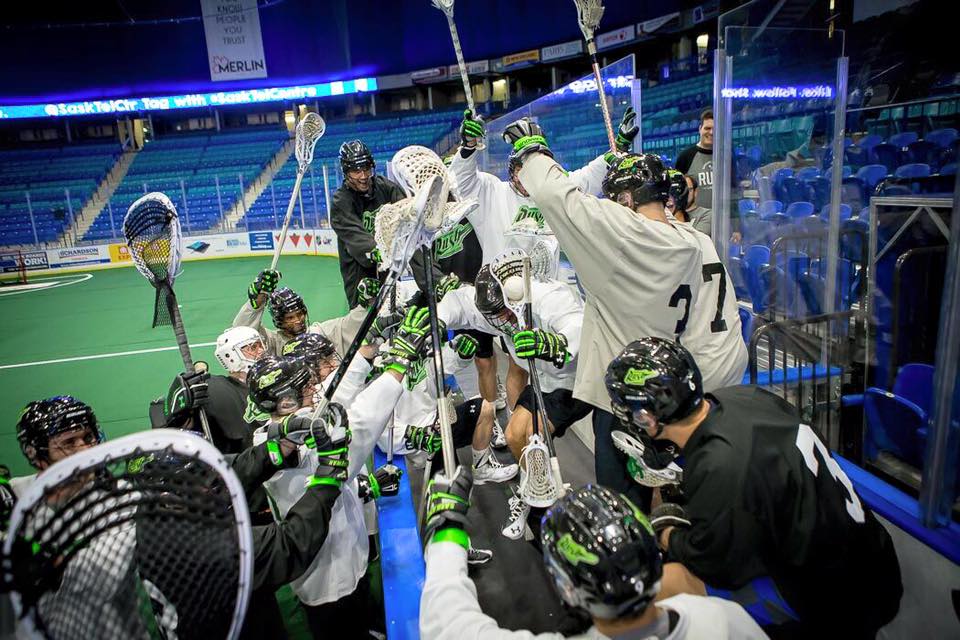 Saskatoon, Sask. – Just weeks before the Saskatchewan Rush home opener, the organization has surpassed 10,000 season tickets sold for the upcoming 2017-2018 season. The Rush organization will be capping the number of season tickets sold at 11,000 in an effort to ensure new fans and groups are able to experience the Rush from across the province. The time is now for anyone who wishes to invest in Rush season tickets and be a part of history.

For season ticket holder Rona Macklin, Rush tickets are both a personal treat and a useful business tool: “We use our season tickets to treat and spoil our contractors & customers. It has been an amazing opportunity for us to bring people from West Central Saskatchewan & East Central Alberta, and have them experience the FANTASTIC atmosphere of the Rush and the incredible game of lacrosse. They all LOVE it! Worth every penny.”

While sales have been primarily fuelled by Saskatoon-based fans, Rush Nation spans well across the province. A spike in season ticket sales is largely due to passionate fans in Regina, Prince Albert, Moose Jaw, Swift Current, Lloydminister, Humboldt, North Battleford, etc. With eight of nine home games on Saturdays this season, many season ticket holders will be travelling from far and wide.

While the NLL regular season kicks off this weekend, the Rush’s season begins next Saturday, December 16th in Toronto. Saskatchewan will welcome their team home December 23rd, as the Rush face off against New England. Rush forward Robert Church is thrilled to be back at home playing in front of Rush Nation this season, sharing “I definitely think that playing in front of our crowd at home is an advantage for us, especially now with so many loyal season ticket holders.”

Saskatchewan Rush season tickets can be purchased by calling the Rush office at (306)-978-7874. More information can be found at http://www.saskrush.com/seasontickets2018.