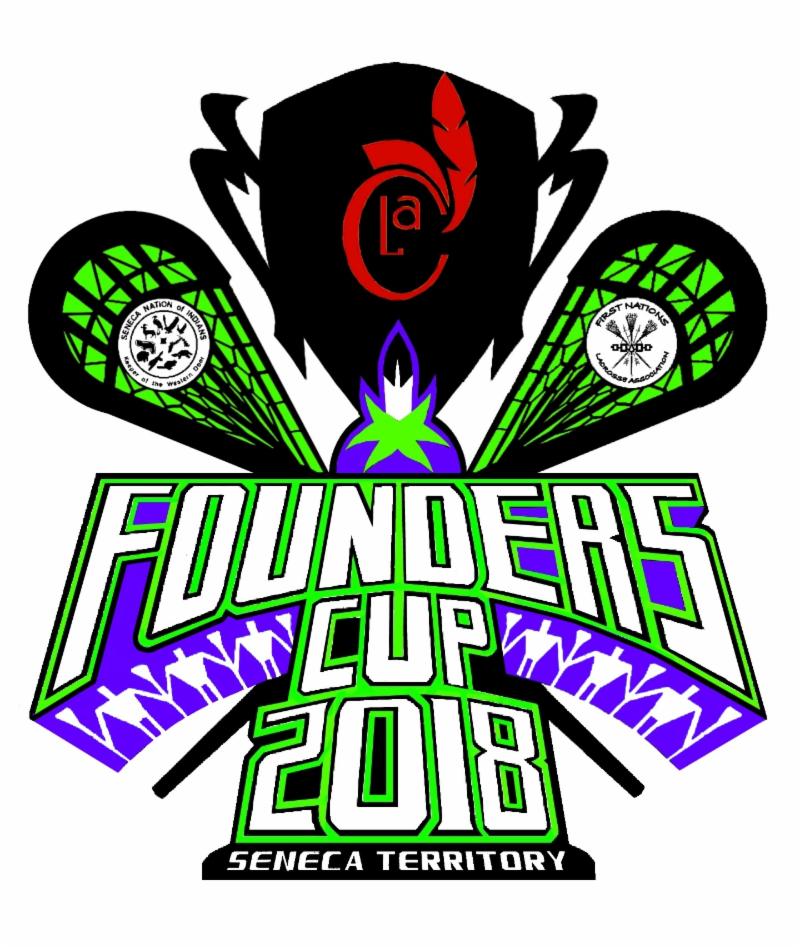 OTTAWA, ON – The Seneca War Chiefs are proud to announce that the 2018 Founders Cup, the Junior B box lacrosse national championship, will be held on Seneca Nation First Nations Territory for the first time since the Canadian Lacrosse Association (CLA) inaugurated the Founder’s Trophy in 1972. This year the highly anticipated competition will be held August 13 to 19, 2018 on the Allegany Territory of the Seneca Nation in Salamanca, New York.

“We are excited that this year’s Founders Cup will be hosted in a community where lacrosse, a traditional Indigenous game, has such a rich history,” said AJ Jomha, Director of National Championships, Canadian Lacrosse Association. “It will be a unique experience for all participants.”

Selected by the First Nations Junior B Lacrosse League (FNJBLL) as the host team, the Seneca War Chiefs are excited to be part of an event which showcases the strongest and most competitive Junior B lacrosse teams in the United States and Canada.

“We want to thank the FNJBLL and the CLA box sector for accepting our proposal and look forward to hosting the Founders Cup on Seneca Nation Territory, home of the Seneca War Chiefs,” said Seneca War Chiefs owner Charlie Scanlan. “We are excited to be FNJBLL’s host team and will work hard to provide a welcoming atmosphere for lacrosse fans young and old alike.”

The Founders Cup will be played at the beautiful Allegany Community Center. Teams from Nova Scotia, Ontario, Manitoba, Saskatchewan, Alberta and British Columbia will join First Nations league representatives, with the possibility of other provinces also sending teams.

Additional information on the event will be posted online in the coming months. We invite you to visit founderscup.lacrosse.ca and follow us on Facebook and Twitter to stay up-to-date.