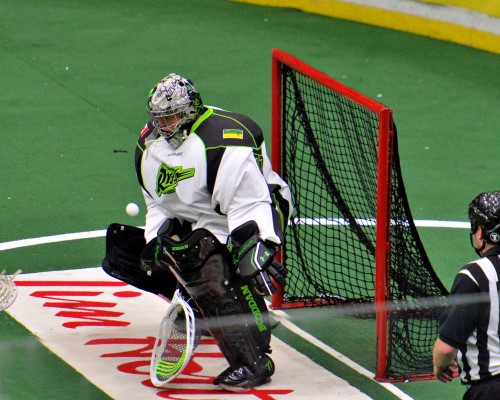 The Saskatoon Rush and the Calgary Roughnecks get set to do battle at the SaskTel Centre tonight and the Rush fans are going to get the chance to witness the fierce rivalry formally know as the Battle of Alberta.

Even though the Rush no longer reside in Alberta, the hatred for their formal provincial rivals lives on. “Nothing has changed,” stresses Rush head coach Derek Keenan.

These teams have played each other four times per year for the last number of seasons and they are very familiar with one another and that usually leads to very close intense games.

The Rush came away winners in the season opener in Calgary in a close come from behind victory. If the Rush are to win again they need to improve their special teams play. Even though the season is still young and the coaching staff are not overly concerned, the Rush currently sit in last place in both power play (30 percent) and penalty kill (46 percent).

If Calgary is to take advantage of those weaknesses and even the season series they will need to come out and be aggressive and keep turnovers at a minimum along with playing an aggressive transition game.

One thing for sure, the SaskTel Centre will be a boisterous place and the fans will be in for a treat.

The game can be viewed on the Fox SportsGo app and website at 8:30 p.m. EST.