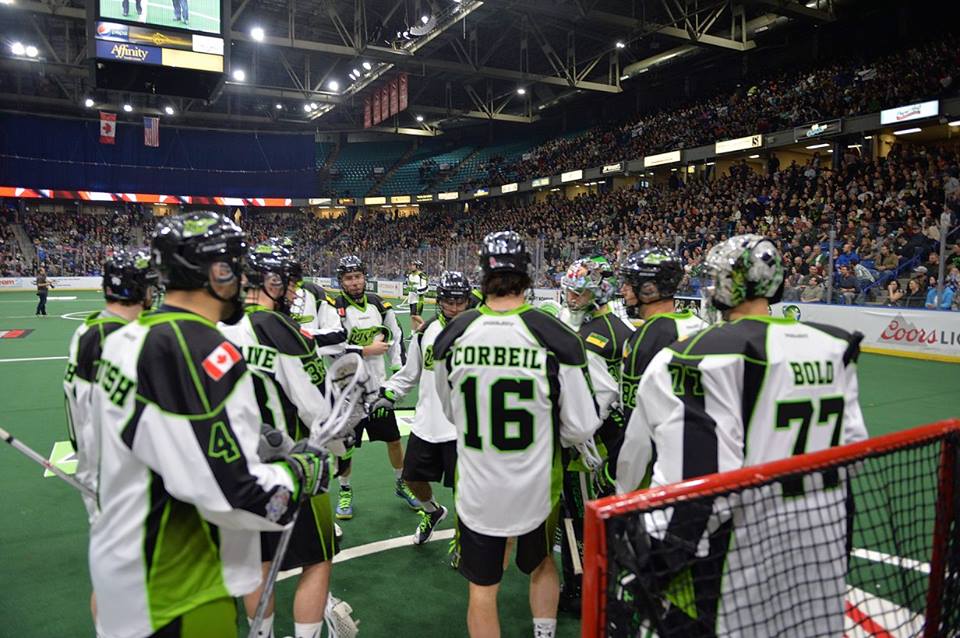 Former Saskatchewan Rush goalie Aaron Bold was given a rude welcome back to SaskTel Centre Saturday night as his former team handily beat the New England Black Wolves 24-11. The win keeps Saskatchewan (2-0) in a tie for first place with the Colorado Mammoth in the NLL West Division, while the Black Wolves drop to 1-1 and a second-place tie in the East.

The Rush came out strong, getting off 16 first quarter shots on Bold, while scoring three times. With so much play in the Wolves end, they were only able to muster two goals on seven shots on Rush goalie Evan Kirk.

The floodgates opened in the second quarter though. After New England’s Shawn Evans tied the game at 3-3 just over two minutes into the frame, Saskatchewan continued to press the attack and began a seven-goal run—including two shorthanded goals—to finish off the half with a 10-3 lead.

But that wasn’t the end of it. The Rush scored three more times to open the third quarter, extending their run to 10-straight goals before Stephan Leblanc finally broke the run 5:49 into the half.

The Rush still weren’t done however, reeling off seven of the next eight goals to put the game far out of reach.

Player of the game Mark Matthews set a Rush record with 13 points on the night (6 goals, 7 assists), while Ben McIntosh had a nine-point night (5 G, 4 A). The Rush also set a record for largest margin of victory and tied the franchise record for most goals in a game.

“We just were able to get some really good looks and as an offence when you get those kind of open shots, you’re going to get some goals,” said Matthews, via NLL.com.

The Rush don’t play again until Jan. 6 when they travel to Georgia to face the Swarm in a rematch of last season’s Champion’s Cup. The Black Wolves host the Vancouver Stealth on Dec 29 in their next game.