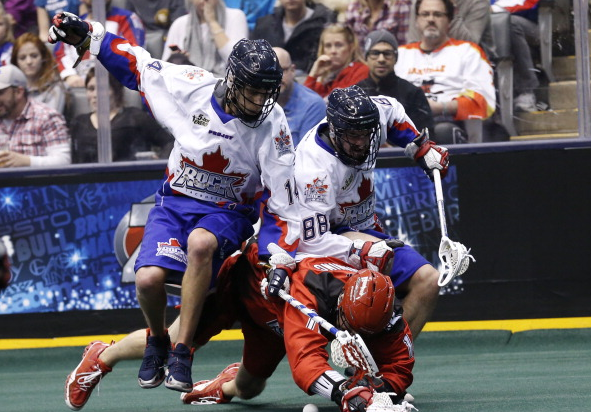 The Toronto Rock made the 2015 NLL Champions Cup where they were defeated by the then Edmonton Rush. The Rock were the best team in the eastern conference nearly all season, enduring several tough injuries. They started the season without former top scorer Garrett Billings, who they then traded. Captain Colin Doyle missed most of the regular season, and breakout star Rob Hellyer was injured at the end of the year.

An injury that went rather unnoticed on the defensive end of the ball was Scott Johnston. Johnston tore his ACL in the middle of last season. His last game was on January 24th against the Rochester Knighthawks after going 40-72 in faceoffs to that point in the year.

The Rock recently resigned him, and their press release gave him high praise.

Rehabilitation is going well and he expects to be ready to compete near the beginning of training camp in December.  The gritty defender established himself as a dependable option in the faceoff circle last season prior to being injured.

Having Johnston ready for training camp is excellent news for the Rock. Historically, the Rock have been a terrific team defensively, but a lot of their defense core is getting older. Sandy Chapman is back, and others such as Jeff Gilbert and Bill Greer are aging.

Johnston is part of the younger defense group that includes Damon Edwards and Bill Hostrawser. Johnston broke out in the 2014 season when he played in 17 games and put up five points, 50 penalty minutes, and 86 loose balls. He had been expected to be a major player in the Rock defense in the 2015 season.

Now that he is back for 2016, the Rock defense can be all the more dangerous.