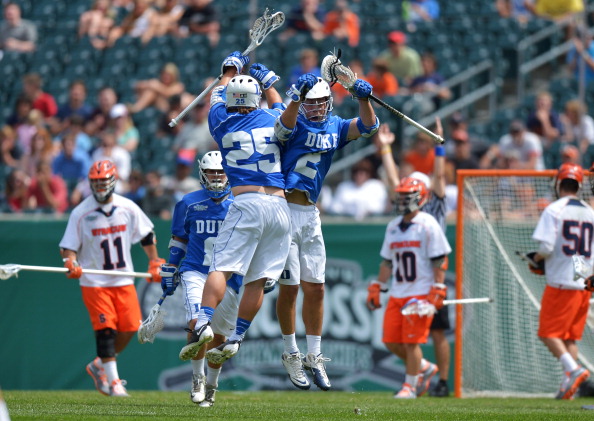 The ACC picture became a little bit clearer this weekend. How about UNC? I thought Syracuse played horribly. The attack never really got its passing game to be consistent, although we saw some flashes. Randy Staats looked a little rusty and he and Dylan Donahue missed the cage from point blank several times in the first half. and Bobby Wardwell had a very challenging first half in net before being pulled for Warren Hill. By the way, Hill is no scrub; he is the starting goalie for the Iroquois Nationals and was a stud for Onondaga Community College where he won two NJCAA National Titles. As for UNC, Kieran Burke played phenomenally in net. He made multiple saves from close range and killed the Orange attack’s confidence in the first period. Luke Goldstock leads the Tar Heels in scoring, being aided by the excellent feeding abilities of Jimmy Bitter and Joey Sankey. Syracuse never led in the game, and it was a disappointing performance all around.

North Carolina’s win over Syracuse means that SU will take the #3 seed in the ACCT. Next week Carolina and Notre Dame play for the #1/2 seed. The #4 seed will go to Duke after downing Virginia on Sunday in dominant fashion. The ACC is easily the best conference in college lacrosse and if you are not watching that conference tournament, you are missing out on some of the best college lacrosse there is.

This is the most likely scenario, in my opinion:

If this ends up being the case, Brown, Harvard, and Dartmouth would find themselves on the outside looking in.