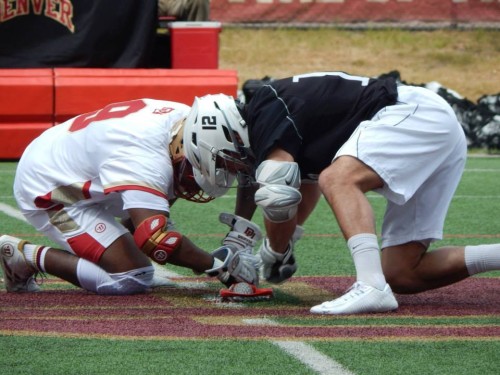 Tournament time is quickly approaching folks. Let me give you a quick run down of who I have in and which teams will fall short. There are some big assumptions with the conference champions, but assuming every current, conference leader goes on to win its league. These are my projected AQ teams: ACC: Notre Dame; AmEast: Albany; Big East: Denver; Big Ten: Maryland; Colonial: Towson; Ivy: Princeton; MAAC: Marist; NEC: Saint Joseph’s; Patriot: Navy; Southern: Richmond.

After those ten AQ teams these are the teams that I expect to take home an at-large bid: Syracuse, UNC, Duke, UVA, Yale, Ohio State, Cornell, and Brown. This would leave Georgetown out, a team that I think makes a tremendous case for that final at-large bid. For me, seven out of the eight at-large bids are locked up. Brown is my first team out.

The ACC will get all five teams in, as expected. The Big Ten has an outside chance to get three teams in, but most likely will be represented by just Ohio State and Maryland.

We’ve been talking a lot about the Ivy League, and I think we should revisit them for a moment. At a minimum, I believe the Ivy League will get in two programs, but could get as many as four teams in. There are four teams that could get to 3-3. To avoid a four-way tie for the Ivy Tournament, Brown, Cornell, and Yale could all win this week and get to 4-2, leaving Penn out. Brown has to beat Dartmouth this week to get into the tournament. Yale is in, even with a loss to Harvard. Penn gets in if Brown loses to Dartmouth. Cornell gets in, even with a loss to Princeton.

With some conference tournaments starting this weekend, we have a lot of good lacrosse upcoming. You can’t call yourself a lacrosse fan if the ACC Tournament doesn’t excite you. Duke will play Notre Dame and UNC will play Syracuse on Friday in the first round. I think Duke may be peaking at the right time and has a chance to take down the Irish. UNC and Syracuse is basically a toss up. Remember, it came down to the final minute when Tar Heels beat SU, so this one will sure be fun to watch. Enjoy the ACC Tournament, we are in the midst of the ACC glory days and with the growth of the sport who knows if we will ever see such conference domination again. The Ivy League Tournament starts in two weeks, but this Saturday we get Princeton vs. Cornell. This will be a great measuring stick for these two team, both of which I expect to make the NCAAT. I also think that the Johns Hopkins, Maryland game could provide some fireworks. Personally, I would love to see the Jays take down the Terps and I think there is a good shot of that happening. Hopkins is the most underperforming teams in 2015, and now it appears there may be a goalie controversy as Pietramala appears to be finally giving up on Eric Schneider.

For me, this is the best time of the year. We have some of the best teams in the country facing off, and with the upcoming conference tournaments we will get to see some of these programs play each other for the second time this year; rematches make for excellent entertainment.