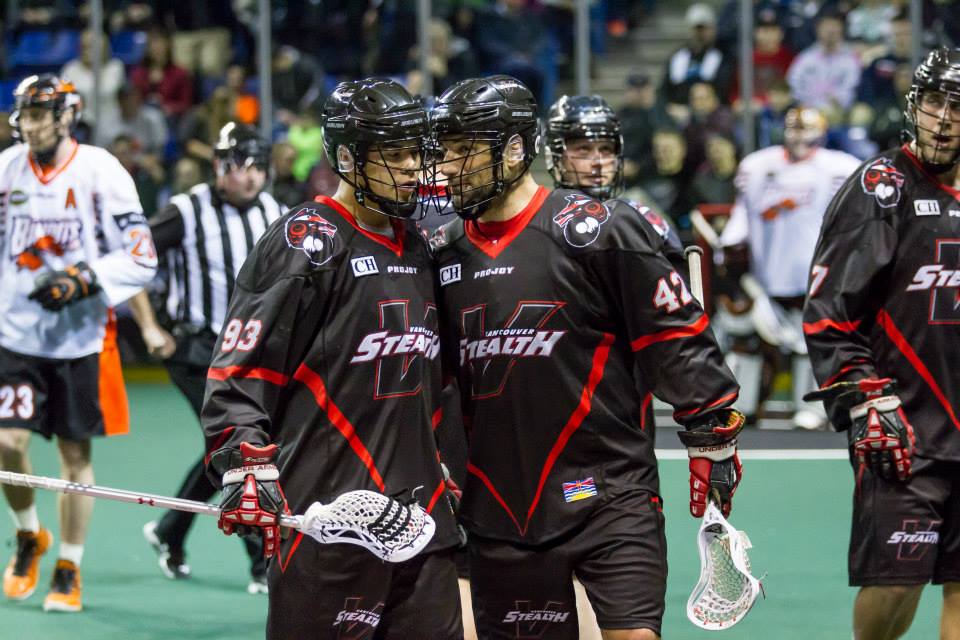 The Stealth haven’t earned a playoff berth since moving to Vancouver until now. And this year, they’ve even managed to pick up a home game for the first round, as they will host the Colorado Mammoth in a one-game semi-final tilt on Saturday night.

While in Washington state, the Stealth went to the Champion’s Cup three times in four years, winning once. The successes have been much harder to come by since relocating to the Canadian side of the border. A strong finish to the regular season this year changed that—winning four of their last five games vaulted Vancouver out of last place in the division and all the way up to a second-place tie with the Mammoth, for which Vancouver was given the home field advantage.

Vancouver’s offense was led by Corey Small whose 111 points were the third-most in the NLL. At the other end of the floor, Tye Belanger also had a career year, posting the best save percentage in the league, at .796, and an 11.28 goals against average (fourth in the league).

As for Colorado, they struggled to the finish line, winning only one of their last four, including a 13-7 defeat at the hands of the Stealth on April 22. They were unable to score 10 goals or more in either of their last two games and come into the playoffs trying to rediscover the spark that had them challenging for first place in the West Division for the first half of the season.

In spite of losing John Grant Jr. just two games into the season Colorado’s offense continued to click, led by Callum Crawford’s 98 points. Dillon Ward had the second-best save percentage in the NLL during the season, at .792, just a couple ticks behind Vancouver’s Belanger.

If we’re going by momentum, the Stealth should have the advantage tonight as they are entering the postseason on a hot streak, but don’t count Colorado out—Ward should keep the game close and the Mammoth have some players capable of coming up big when needed.