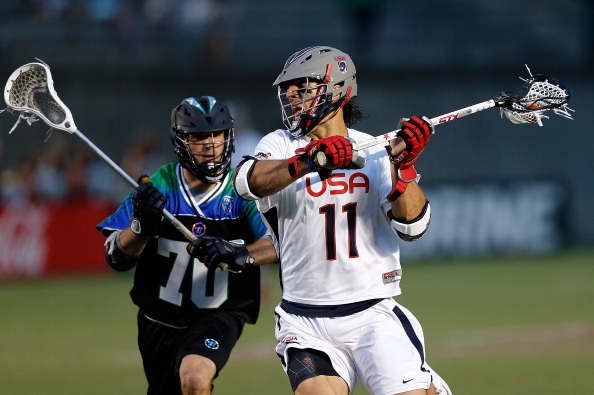 At the conclusion of a tryout process that included 98 players and spanned 11 months, US Lacrosse has named the U.S. Men’s National Team final 23-man roster for the FIL World Championship, presented by Trusted Choice, July 10-19 in Commerce City, Colo.

The team was selected from a 31-player roster that attended training camp last week in Connecticut and Massachusetts, and competed in Thursday’s MLL All-Star Game at Harvard Stadium in Cambridge, Mass.

Team USA will next head to the Air Force Academy in Colorado Springs, Colo., for a final training camp July 6-9 before beginning its world title defense in Denver on July 10.

“These men were selected from a group of 52 that participated on Orlando and 31 that participated this past week, so we feel this is a very solid team that will represent our country well in Denver,” said Team USA head coach Richie Meade. “Several of the men who have been part of this process distinguished themselves but weren’t chosen for this team. We’re very humbled to represent our country and endeavor to do so to the best of our collective ability.”