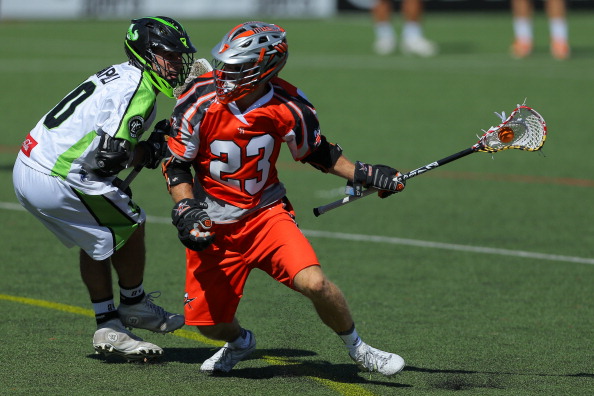 Things did not go as planned this year for the Denver Outlaws. The team limped to a 7-7 finish and preserved a bit of dignity in the process (the team has never finished below .500). Still, the team missed the playoffs for the first time in franchise history. Looking on the bright side, they were only one game out of playoff contention according to the final standings. As Cubs fans have been saying for over a century, “there’s always next year.”

It seems like the Outlaws missing the playoffs this year flew under the radar, what with New York’s dominance, Ohio making strides, and Boston’s unexpected turnaround. But let’s think about this for a moment: This is a franchise that made the playoffs in its very first season of existence. Then, they continued to make the playoffs every year for the better part of a decade. It doesn’t matter what sport or league you’re talking about, that type of consistency is impressive.

Why has this storyline been so neatly tucked behind others this year? For one, Denver had a rough year. As Neil Young sings, “it’s better to burn out than to fade away.” Denver never dominated this year and remained near or below .500 for most of the season. It was only with their victory over New York during the last week of the season that they climbed back to .500 after languishing below that point for weeks. Now if the Outlaws has crashed and burned instead, getting out to a New York type of start and then losing out and barely missing the playoffs this would have been a sexier story. But Denver’s inconsistency this year meant that a lot of people (me included) ruled Denver our of the playoff picture before they were ever mathematically eliminated.

So what went wrong in 2015? What went right? Looking back at my season preview I expected solid play from all facets of the team except for close defense. I was right on the last part but not as accurate on the former.

Whereas last year Denver was a major two-point threat, in 2015 they had the second-fewest twos as a team, burying only four in 46 attempts for an 8.7 percent conversion rate. Compare that to their two-point goals allowed stats where the team had the third worst opponent two-point shooting percentage (21.15 percent) and allowed the second most two-point goals (11).

This Denver team lacked the ability to comeback from major deficits. Yes, there were several games where they made late surges, but their lack of two-point conversions certainly didn’t help in this realm. Last year Jeremy Sieverts made his living scoring clutch goals in the fourth quarter, many of them twos. This year that didn’t happen for the Outlaws.

Let’s spend some time looking back on the 2015 Denver Outlaws unit-by-unit.

Eric Law was injured at the end of last season, and underwent a few different procedures. He didn’t appear to be 100 percent at the start of this MLL season, but he played well, especially since running buddy John Grant Jr. wasn’t there for most of the games Law played. Without Law, the early season attack ended up cobbled together. The brothers Bocklet played well (more on Mike in a moment). Greg Melaugh impressed in his limited action, and rookie Dan Taylor played a couple of games before retreating north. Zach Greer may have provided some consistency once his NLL commitments were finished, but the Outlaws let him go (he never suited up in 2015).

As usual, John Grant’s return precipitated a flood of scoring. He scored 15 points in his first three games and had a ridiculous eight-point performance (7 G, 1 A) against Rochester in the Outlaws’ 22-21 OT thriller, where Grant singlehandedly clawed out a victory for his team.

Mike Bocklet, the 30 year old “rookie” provided the most compelling storyline this year for the Denver attack though. The Eldest Bocklet joined the team after an open tryout in the spring. He played in 12 of 14 games and scored at least one point in every game. This included big nights against Rochester (5 and 6 PTS), Florida (10 PTS), and New York (7 PTS). Once the dust settled Mike Bocklet led the Denver Outlaws in scoring on the season with 32 goals, 16 assists for 48 points in 12 games. Bocklet wasn’t eligible for the rookie of the year award, which went to Charlotte’s Joey Sankey, but really should have been.

It’s unclear how many more years Grant has in the tank. But with a healthy Eric Law, and the Bocklet Brothers it seems that the Outlaws’ attack unit remains in solid shape going forward.

The return of the grippy ball didn’t end up conjuring a hail storm of 2-pointers from Jeremy Sieverts, but the former Terrapin still managed three on the season, which tied him with several other players for second most in the league. Sieverts finished one point behind Bocklet in team scoring with 47 points, and Drew Snider, the other member of Denver’s midfield dynamic duo tallied 46 points. Behind these two, however, Denver’s midfield scoring dropped off considerably. Justin Pennington and Jeremy Noble were the next two highest scoring middies with 14 and 13 points, respectively. Naturally, some players will shoulder more of the burden than others, but a 30 point drop-off telegraphs to other teams where the shots are coming from. I expected Colin Dunster to be a contributor this year, but the Outlaws let him go before the season started. However, he did play well for Dave Cottle and the Chesapeake Bayhawks.

Before the season I would have never guessed just how dominant Greg Gurenlian would be in 2015. Once he got rolling, I still thought that Denver’s stable of drawmen could run with the big dog. Geoff Snider, pretty much a faceoff mercenary in MLL these days, was hampered by injuries sustain during the NLL season. He only suited up for a couple of games and took limited draws. Coach B. J. O’Hara said it was immediately clear that Snider wasn’t 100 percent and the team shut him down just as quickly as they activated him.

While Denver was waiting on Snider, Anthony Kelly also went down with an injury. Kelly played very well until the wheels came off, and he wasn’t able to be effective when he did try to come back. When Denver missed the playoffs, Kelly asked to be released in the hopes of signing on with a playoff team; Denver granted his request.

For a period both Kelly and Snider were unavailable and Denver’s faceoff game was worse than Chesapeake’s. Michael Simon pinch hit for a bit, as did Justin Pennington and Dominic Sebastiani, but their totals leave something to be desired. After releasing Kelly, Denver re-acquired Brent Hiken, who spent time with the team in 2014. In two games Hiken went 30-56 (53.5 percent) predominantly facing off against two of the best in the league, Chris Mattes and Greg Gurenlian. Hiken may very well be the future in Denver, but only more game reps will tell us whether that’s the case.

What a hot mess this defense was. To be fair, Dillon Roy took the mantle of leader left behind by Lee Zink and played extremely well this year. The defensive midfielders, SSDMs Dominic Sebastiani and Noah Molnar, and LSMs Michael Simon and Matt Bocklet, played well in transition situations, but the entire unit struggled in settled sets. Ken Clausen provided some grit, and early in the season the close D consisted of Roy, Clausen, and Max Schmidt. Once Chris O’Dougherty returned from NLL action, he took Clausen’s spot along the back line. Neither Schmidt nor O’Dougherty stood out this year. Typically defenders are praised for their shutdown ability or for their offensive ability, but what did either of these two do to stand out this year? Aside from late slides and getting left on an island by their teammates I can’t think of much.

This was a unit that never gelled this year. The last two game O’Hara moved Matt Bocklet down to close defense, utilizing his speed and coverability effectively. Luckily, Denver has two solid LSMs so they could spare Bocklet down low. Tim Henderson, who the team picked up in the supplemental draft, remained on the military inactive list all season long.

I was really hard on Jesse Schwartzman during the first couple of months of the season. I could tell something wasn’t quite right and the first red flag happened two minutes into the second half of the first game of the season against Boston. Schwartzman allowed back-to-back two point goals. This was unheard of as far as I was concerned. Gone this year were the momentum stops, the energy saves. Yes, he still had his killer outlet passes, but Schwartzman just didn’t seem to be completely there all season long.

It wasn’t until Schwartzman missed the June 6 game against Chesapeake that my perspective started to shift. Two week prior Dillon Ward played the fourth quarter against this same team and only allowed one goal on four shots. When the two teams squared off again in Maryland, Ward allowed 10 goals on 16 shots in 30:16. Johnny Rodriguez replaced him, but allowed another five goals on nine shots.

Schwartzman and Ward are two of the best keepers in the world. What were the chances they were simultaneously in a rut? Mix in the third goalie and the fact that his stats are appreciably better, and it’s time to expand the search. Denver’s defense proved too porous, allowing opponents to dictate the terms of attack and setting up the shots they wanted to take. Former University of Denver goalie Ryan LaPlante frequently credited his defense for letting him see the shots he wanted during their championship campaign. That wasn’t happening down the street at Mile High stadium.

To play the role of armchair GM for a few moments, as someone who has followed this Denver Outlaws team extremely closely for the past two seasons, what does the team need to do to get back to their 2014 version and move away from the 2015 version?

The Denver Outlaws have their work cut out for themselves in the offseason, but the team’s brain trust is one of the best in the league, and Denver is a first class organization where players want to play. The turnaround will be televised, it’s just unclear at this point what channel it will be on.