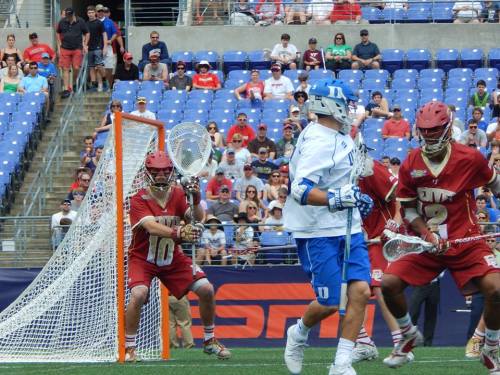 It has been confirmed by Denver Pioneers coach Bill Tierney that impact player Zach Miller will not be participating this season. Miller has pulled from enrollment at the University of Denver and is exempt from team activities.

Reports point towards personal struggles including distance from family and time away from Miller’s young, growing daughter. School stress combined with the family distance became too much.

Zach Miller is a left-handed player capable of playing both attack and midfield. His presence was most noticeable in OT wins over Notre Dame and clutch situations in numerous games. Named a preseason All-American by Face-Off Yearbook, Miller started every game in his career at DU scoring 91 goals and 77 assists.

Previous reports pointed towards a close friendship with teammate Brendan Bomberry. The connection they shared was at a best-friend level being from the same area of the nation, in similar tribes, and in similar life statuses with girlfriends and newborn children.

Fans have to wonder if on top of personal stressors the Bomberry move to Syracuse in the offseason impacted Miller. Bomberry transferred colleges in the summer after scoring 33 points for Denver in his first season returning from academic struggles.