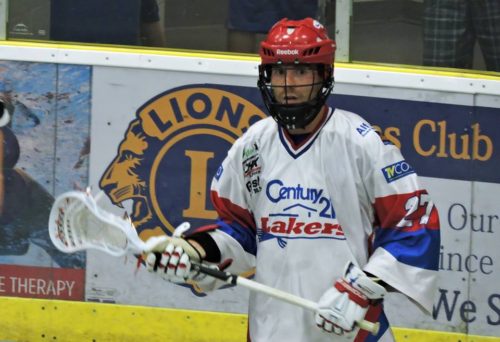 The National Lacrosse League entry draft is just over a month away. With this year’s free agency period already being active, and coming off of a historic draft in 2015, this year’s draft has been put to the backburner. However, there are still plenty of prospects to talk about, and the Saskatchewan Rush have a chance to build a dynasty with early picks.

Even if Keenan was not the son of Saskatchewan coach and general manager Derek Keenan, the lefty forward out of Quinnipiac and the Redmen is the obvious selection with the first slot. This draft isn’t the strongest, especially after last season, but Keenan can step in and contribute right away despite the Rush being the deepest team in the league. The Rush have another pick at third overall, so they can try to fill multiple holes—not that they have any.

Rogers has had an impressive summer both with the Oakville Rock and the Boston Cannons of Major League Lacrosse. The Stony Brook grad makes a lot of sense for the Rock, an aging team looking for speed and youth, and Toronto has a strong connection with the Oakville organization. Rogers also has some transition skills while being a solid defender, and could start Toronto’s new young core on the back end.

The Rush have Aaron Bold and Tyler Carlson, but when a team has no holes, they have a chance to take the best players on the board. Jamieson suddenly is available for this draft, and he could be the highest drafted goalie since Dillon Ward in 2013. Bold is aging, and has been franchised twice in the past two seasons. Saskatchewan can develop Jamieson to be their goaltender of the future.

The Swarm are a team on the rise. It feels like that sentence could be stated going into every draft in the past five years. However, with Mike Poulin now in the fold in net, Georgia has added a big free agent for the first time in years. It appears the Swarm are done rebuilding, and are focused on trying to become a playoff club. Adding defense is that next step, and Messenger is the best defender in the draft. If the Rush don’t take Jamieson, then Messenger would easily be the third pick.

There is a lot of talk about which Laker will go first; Holden Cattoni or Josh Currier. What might push the favor towards Cattoni is he is a Calgary native, and the Riggers need some offense. Specifically, the Roughnecks need a lefty scorer with a lack of depth after Dane Dobbie and Jeff Shattler. With 31 points in his rookie campaign, Cattoni has shown he can play at the highest levels.

It’s only fitting for the Knighthawks to add the brother of last year’s rookie star, Graeme Hossack, who was the Khawks second overall selection last season. He doesn’t play the same style of game as his brother, but he is still an excellent defender and will add a lot to the Knighthawks back end right away in what is shaping up to be a solid draft for defensemen.

Currier is the other Laker to make a dent in this first round. The second pick for the Knighthawks gives them a chance to add a young forward who has shown he can play at a high level with an incredible playoff run in Peterborough. Currier is the 14th leading scorer in MSL, with 45 points this season, more than the likes of Cory Viteralli, Curtis Knight, and Ryan Benesch.

The biggest weakness for the Swarm was defense, and this is their chance to add another rookie to their back end. He’s a good defenseman that could see time right away. The former OLA defender of the year, some teams would love to see Stouros drop, but with so many picks, the Swarm can mold their roster how they need, not what the rest of the draft board might say.

It might be a bit of a reach since Herreweyers has not played much indoor lacrosse the past two years, but a team like the Rush have the chance to take a couple of reaches like that. It’s a high-risk high-reward pick, but not with a terrible amount of risk since the Rush are already deep and rookies might have a difficult time getting game action right away anyways. They can develop Herreweyers into being the top scorer he has shown flashes of being.

Now that the Swarm have added two defenders, they can use their compensatory pick to add a forward. Harris can play on both ends of the floor, so it adds versatility to the Swarm’s young roster and that will give Harris a chance to get playing time early. With an already stacked offense, Georgia could use Harris as a defender more early on. With 28 points this season, Harris has seen his scoring total go up every season he has played MSL. He also has the ability to take draws if needed, winning 14 out of 25 with the Chiefs.