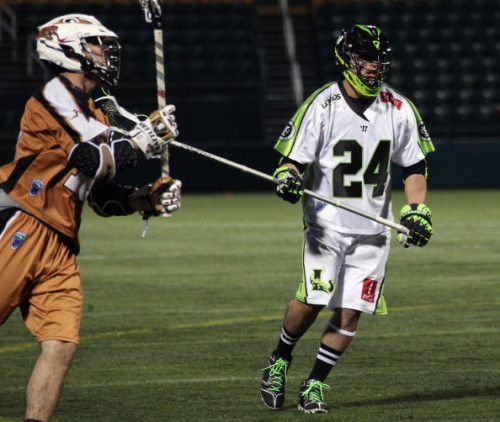 MLL Playoff columns are brought to you by Stadium Journey. Follow @StadiumJourney for more

If you are looking for drama, the final weekend of the Major League Lacrosse season will provide it. One weekend left in the regular season and we still don’t have much sorted out in the playoff race.

We know New York is the #1 overall seed and will host a playoff game on August 1. As of now, Ohio owns the tiebreakers over Rochester and Boston. Rochester owns the tiebreaker over Boston. All three teams still have a shot to host the other playoff game on August 1. But, all three teams still may finish as the #4 seed as well. Ohio plays Boston this weekend while Rochester travels to Florida. Here is a look at all things will play out this weekend:

For Ohio to host: If Ohio beats Boston, Ohio is the #2 seed, Rochester would be #3, Boston #4. With a Boston loss, the outcome of the Rochester game does not matter because Rochester holds the tiebreaker over Boston if they both finish 8-6.

For Rochester to host: In order for Rochester to have a chance to play in Upstate New York, they must defeat Florida. If they do, then they need Boston to defeat Ohio. If this happens, Rochester and Boston would both be 9-5 and drop Ohio to 8-6. Rochester gets the nod due to scoring margin.

For Boston to host: Boston needs to beat Ohio that puts them at 9-5 overall and drops Ohio to 8-6. Florida would have to beat Rochester dropping them to 8-6 as well. Ohio has the tiebreaker over Rochester.

All four games will be played at 7 p.m. on Saturday night so there will be a lot of scoreboard watching.

My guess is that Rochester will not have too much problem defeating Florida and Ohio is playing some really strong lacrosse right now so look for Ohio to take the #2 seed and host Rochester on August 1, while New York would welcome the Cannons to Hofstra.

Max Siebald, Boston: How appropriate that the return in the Paul Rabil trade is the one that scores the OT winner to propel the unlikely Cannons into a playoff spot.

Greg Puskuldjian, Ohio: Puskuldjian simply dominated New York’s Greg Gurenlian at the X winning 17 of 26 draws. Gurenlian has been at an MLL record pace in Face-offs this season and this is the first time he was under 50% for an entire game.

Michael Bocklet and Chris Bocklet, Denver: At least they kept it in the family for the Outlaws. The brothers combined to drop 18 points (Chris 7 goals, 1 assists and Michael 5 goals, 5 assists) more than half of Denver’s team offense as the Outlaws finished with 20 goals and 13 assists.

Kyle Denhoff, Rochester: The local product had a career high four goals in the Rattlers win over Charlotte. Normally a downhill dodger, Denhoff scored dodging, quick stick in front of the cage and on a deep set shot.

6- Denver (6-7). Beating up on a bad Florida defense is not really impressive.

7- Florida (4-9). Can play spoiler this weekend if their defense shows up.