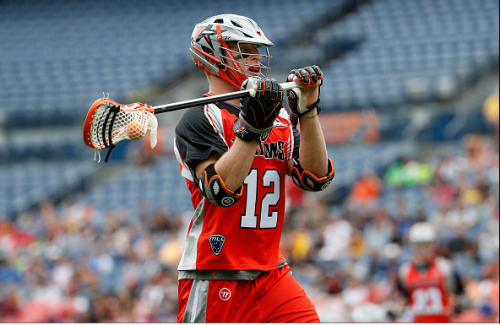 With the regular season winding down and the playoff teams already determined it would be safe to assume that this past week’s games would fall into nicely wrapped packages.  In most leagues that would definitely be the case, but this is the MLL we are talking about and things are far from ordinary or normal.  Defenses dominated this weekend and more physical play than normal abounded.  Boston rebounded from last week’s loss to Ohio and won a defensive slugfest against a determined Chesapeake team.  Rochester caged Charlotte with by a substantial margin while Ohio upended the number one seed New York Lizards.  In the only matchup involving non playoff teams, Denver looked to right the ship and defeated Florida at home.  Scenarios are abounding in so many forms that the only certainty is New York remains number one and Ohio, Rochester, and Boston are all in and nothing will be final until the regular season concludes.

The Cannons were shut down for an entire quarter by the Machine last week and it looked as though it would continue as both they and the Bayhawks were scoreless after a quarter of play.  This hotly contested matchup turned into a street fight (literally) with the Cannons winning 9-8 in overtime.  Boston shot the ball 40 times and Chesapeake’s Tyler Fiorito continued his dream season and made 31 saves.  Chesapeake’s offense was held in check by Boston’s defense led by Scott Ratliff, Brodie Merrill, Mitch Belisle, Chad Wiedmaier, and Jordan Burke.  The Cannon’s stingy and physical defense combined with Chesapeake’s 7-21 performance at the X limited the Bayhawk’s offensive possessions.  Recently signed Eric O’Brien showed some promise of ending Chesapeake’s faceoff drought, but was injured and did not return to the game.  The frustration boiled over as Matt Danowski was ejected from the game for fighting with Wiedmaier and slamming him to the turf.  The defensive struggle carried into overtime until Max Seibald, the other part of the Rabil trade, took the ball and scored on a dodge.  Boston faces Ohio next week in a critical game to determine the final playoff seeding. The Cannons continue to play with something to prove and want revenge against a team that dominated them and is playing some very good lacrosse.

The Ohio Machine continued playing good lacrosse as they toppled the New York Lizards 14-9 at Selby Stadium.  In a matchup of two offensive juggernauts it remains curious that neither team proved successful on their respective man up situations (New York 1-5 and Ohio 1-4).  Greg Puskuldjian made a significant contribution to the victory by going 16-26 from the X and limiting Greg Gurenlian to 38 percent (10-26).  This game underscores Gurenlian’s importance to New York’s offense as they could not keep pace with Ohio.  The Machine defense played their most physical game of the season and was constantly knocking down Lizards.  Even when Ohio found itself two men down in the second quarter due to this physicality, New York had trouble finding the back of the net.  The Lizards continue surrendering two point goals as Jimmy Bitter ripped one almost five minutes into the first quarter.  New York is leaning heavily on Drew Adams to continue making inhuman saves.  Brian Phipps matched Adams save for save and turned away many Lizard scoring opportunities.  The two point shot issue that has plagued the Lizards all season and along with lack of man up success needs to be resolved before the championship game or New York will spend another year looking at someone else hoisting the trophy.

The Rochester Rattlers also continue playing some very good lacrosse as well despite the loss of defending MLL defender of the year, Mike “Sharknado” Manley.  Manley’s absence hurts the transition game and also highlights a lack of depth at long pole on the Rattlers.  Rochester only dressed four poles for the game against the Hounds and only had two penalties in the game.  Charlotte matched Rochester in the first quarter 3-3, but the Rattlers had too much offensive firepower and pulled away 6-2 in the second, 5-3 in the third and 4-2 in the fourth.  Nine different Rattlers scored goals with 10 of the goals assisted.  Rochester has an arsenal of offensive weapons and put them on display against the Hounds.

Charlotte went 0-2 on man up opportunities and of their 10 goals only three were assisted.  In the one area that Charlotte had a clear advantage, faceoffs, they went 16-31.  Charlotte wraps up their season against Chesapeake with an opportunity to tie Florida and not be alone in the MLL basement.  The Rattlers travel down to Florida finish the regular season with their playoff berth secured and need to avoid the trap game against the Launch.  Teams cannot afford to take any game lightly as these final games are important as the top two teams get to host the first round of the playoffs.  Florida had been on a winning streak until they lost to the Denver Outlaws and will not go down without a fight.

Denver got back to their winning ways by defeating the Florida Launch 20-14 behind Drew Snider’s four goals and a strong 18 point effort from Mike and Matt Bocklet.  The Launch kept pace with the Outlaws for the first half and looked as though they would continue their winning streak.  Denver was again without Anthony Kelly and Drew Snider, but managed to go 20-37 at the X as Brent Hiken and Michael Simon filled in for the starters.  Chris Mattes finished 15-28 while Tom Croonquist went 2-9.  Both teams changed goalies as Austin Kaut got the start for Florida and was replaced by Brett Queener in the fourth.

Dillon Ward took over for Jesse Schwartzman after halftime and made three saves as the Launch offense only scored two goals in the third. Denver’s offense moved the ball well and only had one quarter, the third, where they had three goals.  The other three quarters were five and six goals.  Despite the high scoring there was also some incredible defense.  Dillon Roy held Lyle Thompson to one goal and two assists and Tucker Durkin had the best and most entertaining match up with John Grant Jr.  Durkin gave Grant Jr. a long day on the island as the legend finished with one goal and one assist.

Denver hosts a New York team looking for some measure of retribution for last week’s loss.  The Florida Launch was again without Casey Powell, but will have him for the season finale against Rochester.  With the possibility of Powell announcing his retirement, the Launch will be looking to send the G.O.A.T. out on a high note.  As sad as the end of the regular season is for me, the excitement of the playoffs and championship softens the blow.