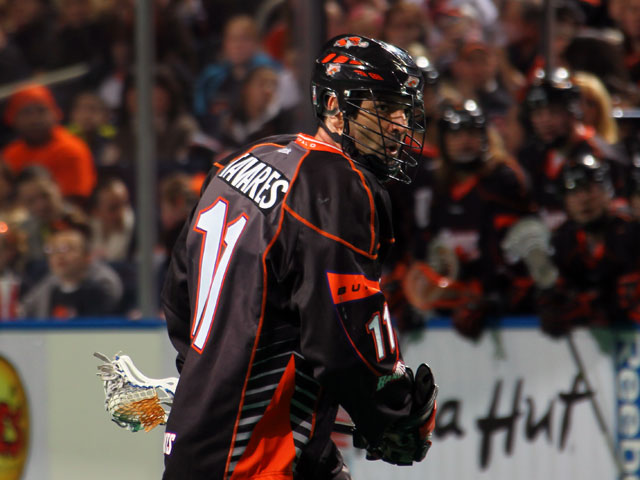 The Buffalo Bandits off season talk for the past few years has been dominated by speculation of the future of John Tavares. The 46 year old veteran is an unrestricted free agent once again, and this year the Bandits did not franchise him.

There was talk once again during the 2015 season that Tavares may not return, and when speaking to the Buffalo News this week, he added fuel to that fire.

“I’m still undecided,” he said Tuesday. “I’m not 100 percent either way. I did start talking to head coach Troy Cordingley and Scott Loffler of the team’s front office about what my options are. Right now it’s up in the air. Hopefully we’ll do what’s best for the team.”

“That decision has been on my mind more than ever. It’s been on my mind ever since we ended the season in Rochester,” Tavares said via phone from the Toronto area. “I’m getting older and slower, and the league is getting faster. It’s tough to find a spot.”

Buffalo has already signed a lefty forward, the position Tavares played, when they signed Calgary Roughnecks forward Daryl Veltman. They have also made a play for New England restricted free agent Pat Saunders, whom they did not sign.

General manager Steve Dietrich spoke to ILWT this past week, where he admitted the attempts at signing a lefty.

“We wanted to add an impact left handed scorer coming in to the off season. We targeted both Pat Saunders and Daryl Veltman when free agency started and made strong plays for both. We had hoped to acquire both Pat and Daryl but we realistically figured New England would exercise their option and match the offer. We were very happy when Daryl chose to play in Buffalo.”

It remains to be seen if Tavares will return, but it appears the Bandits are preparing for the possibility he may not be back.