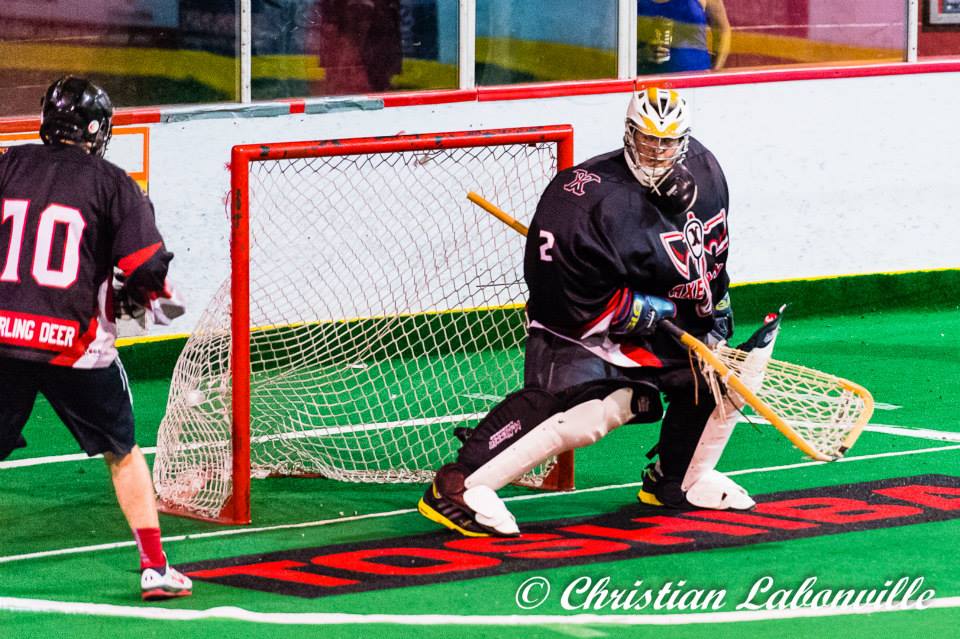 The Quebec Senior Lacrosse League finals are underway, and the Capitol Axemen hold a 2-0 series lead over the Kahnawake Mohawks. The Axemen beat the Kahnawake Tomahawks in the first round while Mohawks played the second seed Vermont Voyeurs and came out on top.

This past weekend the Axemen won 11-9 and 10-4 to beat the defending league champs. The Axemen had already won the regular season and looked to take the league playoffs on the way to a Presidents Cup birth.

Forward Callum Crawford is leading the playoffs with 41 points and teammate Tim Bergin is second with 28 as of right now. The Axemen have the first five leading playoff scores which is very impressive.  Crawford led the way this past weekend with eleven points while Bergin had eight. Besides Bergin and Crawford, the Axemen also have Buffalo Bandits’ Alex Kedoh Hill, who also had eight points on the weekend.

On defense, Ian Crawford is facing his old team as he looks to shut down the offense he used to want to score. Sam Bradman is another new member of the Axemen this year as this member of the Georgia Swarm and USA team hopeful.

For Kahnawake, they have won this league in the past and no what they have to do. Ty Thompson is a big part of the offense and had eight points in this second round match up. His cousin Corey Thompsons netted two goals in Saturday’s game while former NLL player Peter Jacobs had four points in game one but only notched an assist in game two. Caleb Wiles had a six-goal weekend as he looks to make it back into the NLL after playing two games this past season for the Vancouver Stealth.

The Axemen are the favorite to win the series and need to win two more games to go on to the Presidents Cup.