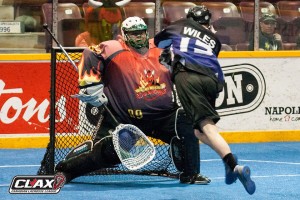 The Canadian Lacrosse League has not ruled out the possibility that the league could be reintroduced in the future. C-Lax remains passionate about the importance of youth athletics and the power of sport within the community. As a result, the league will continue to work with its Jr. C-Lax program to develop the next generation of lacrosse players aged 6-20. However, after exhausting efforts by both league personnel and its current ownership group, it was no longer viable to continue to operate. “We would like to extend our gratitude to our ownership partners, Demon and Nancy Hill,” said Board of Directors Representative, Jim Asselstine. “They too shared our vision of athletic outlets promoting a positive life for today’s participants.”

“While it is unfortunate that C-Lax will not return in 2017, we are extremely grateful to everyone who has invested their time, support, and made significant financial commitments to the league over the past five seasons,” said Chief Operating Officer, Chad Asselstine. “We are also grateful to the hundreds of players and dedicated coaches who have competed in C-Lax over the course of its history, many of whom have gone on to successful professional careers.”