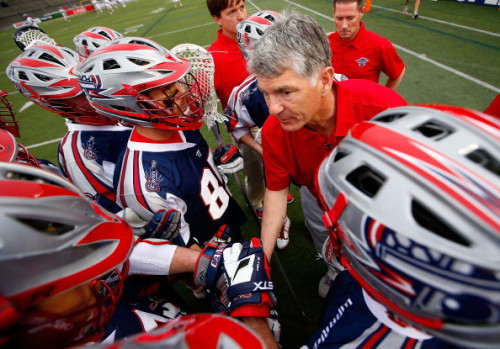 Today the Boston Cannons announced that head coach John Tucker would not return for next season.

“Coach Tucker’s contract ended at the conclusion of the season and while we had contract extension discussions, it came down to him looking to explore different opportunities,” said general manager Kevin Barney. “I want to thank Coach Tucker for all he did for the Cannons over the past three seasons and wish him the best of luck in the future. The Boston Cannons team is in a great position for the future with the players we have now and the draft picks we have accumulated to bring us success for seasons to come.”

Tucker became the Cannons coach in May 2013. He brought the Cannons back to the MLL playoffs in 2015 after the team missed two straight post seasons.

“We will begin a search for a new head coach immediately,” said Barney. “We have numerous personnel decisions to make in the coming weeks and I want a staff in place as soon as possible to begin our journey towards the 2016 MLL season with the only goal of bringing home the Steinfeld Trophy.”