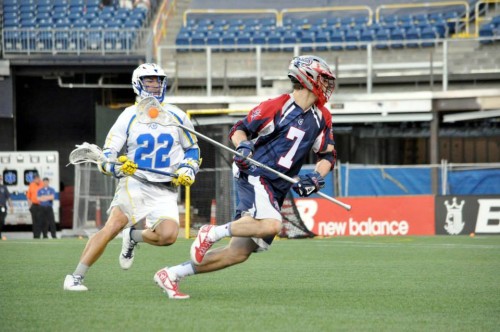 The Boston Cannons travel down to the sunshine state to take on the Florida Launch at FAU Stadium. This will be the second time this season the Launch and Cannons will battle, as the Cannons won a 13-9 thriller at Gillette Stadium just three weeks ago.

Boston (4-4) currently sits tied for fourth place with the Chesapeake Bayhawks, and look to make a playoff push in the final six regular season games.

Florida looks to use the All-Star Break in their favor, and gain momentum to finish the season on a high-note. The Launch (1-7) currently sit tied for last place with the Charlotte Hounds.

Will Manny, who has become the face of the franchise since the departure of superstar Paul Rabil, will be the impending factor in this weekend’s game. The Cannons, whom are known for their stellar defensemen, have a catalyst on offense to create plays, and give Boston an on-field leader.

There are some new faces joining the Cannons in Florida this weekend, the biggest name joining Boston is Josh Hawkins, whom was acquired via trade with the Charlotte Hounds. Hawkins, an Amherst, Massachusetts native was traded for two 2016 second round draft picks (one Collegiate, one Supplemental Draft pick), and looks to make an immediate impact in the MLL playoff race.

Also joining the Cannons are 2015 Collegiate Draft picks Ryan Tucker and Wells Stanwick, whom were selected 4th and 12th overall respectively. Tucker is the son of Cannons head coach John Tucker, and the former University of Virginia midfielder will look to make a smooth transition in his professional debut.

The Cannons had quite the showing at All-Star weekend in Houston with seven players representing the organization.  Max Seiblad, Will Manny, Scott Ratliff, Mitch Belisle, Craig Bunker, Brent Adams, and Chad Wiedmaier all represented Boston.

With seven players making the roster, the Cannons led the league in All-Stars, and should translate into the playoff push for the Cannons.