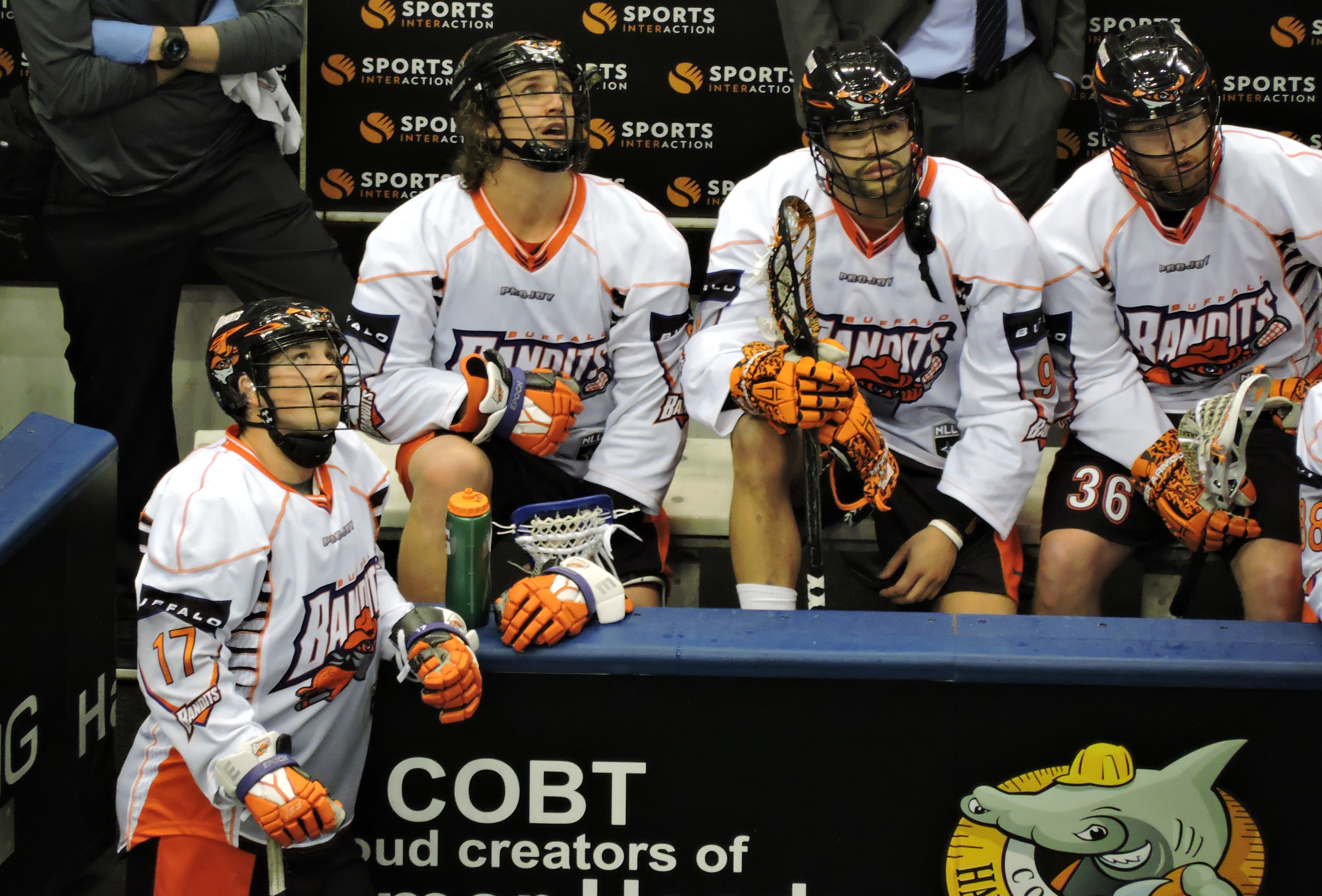 Nobody’s happy in Buffalo right now. Not the players, not the management and not even the fans.

A dismal 1-4 start for the Bandits culminated in an 18-10 whipping by the Toronto Rock at the Air Canada Centre on Friday night.

The Bandits played just okay in the second half but it couldn’t erase a terrible first half. Toronto led 5-2 after the first and 10-4 after two. And it wasn’t even Toronto’s exalted transition game that killed the Bandits, it was simple five on five play that veteran defenders like Billy Dee Smith and Steve Priolo should have been able to contain. A rattled Anthony Cosmo was lifted in favour of Davide DiRuscio after eight goals.

After the game the players were subdued, especially 2016 MVP Dhane Smith, who has been battling the injury bug and hasn’t been able to help his team the way he wants.

The game wasn’t as rough as one might expect a Buffalo-Toronto game to be; that said, there was plenty of special teams action. The Bandits gave the Rock eight power play opportunities compared to just three for themselves. They’re currently the third most penalized team in the league behind Calgary and New England.

“We get too heated and they get heated as well, and the winner ends up being whoever sticks to the game plan and is most disciplined,” Smith said. “We weren’t disciplined tonight and it showed.”

Scoring hasn’t been the problem; it’s defense. Buffalo may be sitting in last place in the East but they’ve scored the most goals: 65 (as of Saturday morning). However, they’ve also allowed the most with 76. That stat has led to some outrageous GAA’s for Cosmo and DiRuscio, the former of whom hasn’t made it through a game yet this season and sports a 19.45 GAA. DiRuscio’s isn’t much better at 13.52.

Head coach Troy Cordingley is unhappy and said that his team has lost heart and energy.

“We’re the furthest thing from where we were last year,” he said. “Effort, second effort, heart, pride. Those go through my mind when I see a performance like that. That was a tough game to coach. I don’t know why we’re performing like this. We seem to say all the right things and the prep is done… We have to find a way to fix it and we have to fix it in a hurry.”

As to the immediate future of the team?

“We might have to make some tough decisions,” Cordingley said tersely, but would not expand on that.