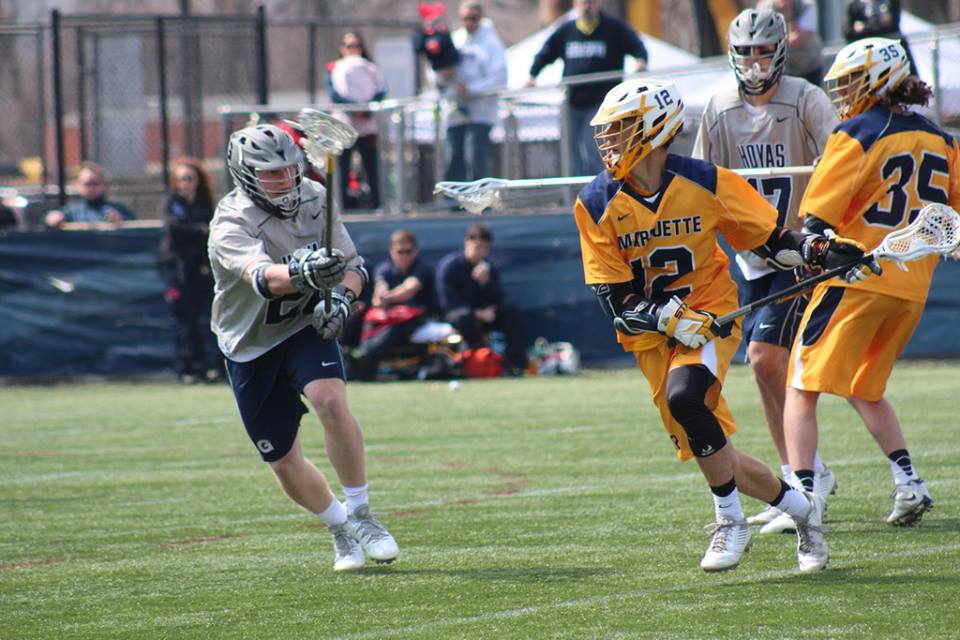 The NCAA season has concluded, but that doesn’t mean teams sit around doing nothing for the summer.  Coaches and players are moving, and recruiting for the future is in full swing as well.  In this edition of College Check-Up, the transfer moves continue.  Until Fall practices start up in late August and early September, I’ll be giving you the latest updates in the world of College Lacrosse on a weekly basis.

It wouldn’t be right without leading off with the sad news from last week of the death of Connor Darcey. The 21-year-old redshirt sophomore died in an auto accident early Friday morning was killed in Massachusetts and was one of two killed, according to multiple sources. He was a four-year starter at Wellesley (MA) and also a two-time All-American. This season, Darcey recorded a 10.07 goals against average and a .553 save percentage. He earned a spot on the Big Ten All-Tournament Team after making 17 saves against Johns Hopkins in the league semifinal. Thoughts and prayers to the Darcey family and to the Penn State lacrosse community.

Going forward, the team has rising sophomore Hunter Pearl and redshirt-freshman Will Schreiner. Pearl, an alum of St. Paul’s, played in 50 seconds last season, while Schreiner, an Under Armour All-American at Avon Grove, sat out all of next season.

After a successful season for the Men’s team, the Blue Jays women’s squad will be joining the Big Ten, in 2017. The Blue Jays have been a rising D1 program since coming from Division III in 1999. It will compete as an independent again in 2016 before officially joining as an affiliate member July 1, 2016.

On Tuesday, Marquette head coach Joe Amplo announced the addition of Andrew Stimmel to his coaching staff. The former defensive midfielder at Ohio State will work with the Golden Eagle defense, goaltenders, and face-off specialists. Stimmel came from Yale, where he was an assistant the previous two seasons working with the defense and the face-off men and also was the Director of Player Development last season. Stimmel was the head coach at Division II Grove City College in Pennsylvania, where he led the Wolverines to an Elite 8 appearance in the 2013 D2 tournament, which led him to be named the Division II Coach of the Year. I think Stimmel will help continue build the Marquette program for the next few seasons after being very successful at Grove City and Yale. Watch out for Marquette in the next few seasons.

This is the second alcohol-related incident that has happened to the Cuse program in three months after Hayes McGinley pleaded guilty to second degree harassment. There is no word on any discipline from the Syracuse staff as of now, as the school is still trying to gather all of the facts. The true freshman did not see any action last season, but was the 60th ranked recruit in the 2014 class by Inside Lacrosse. He was also a U.S. Lacrosse High School All-American at nearby Watertown.