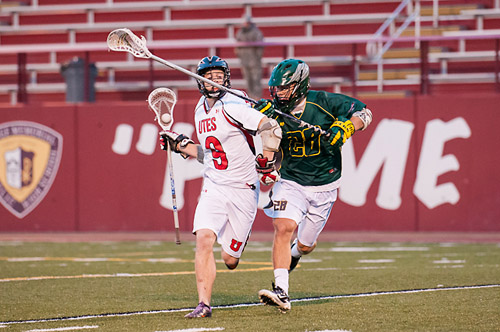 Talk of college lacrosse expanding seems to always be on the horizon. For the past few weeks, some discussion emerged around Pittsburgh with the building of a soccer and lacrosse only facility. Yet, one of the more underrated lacrosse areas has been Utah, and they could soon be rewarded.

FourOneTwoLax.com reported last night that the University of Utah could be the next western team to add lacrosse as a division one program, joining just Denver and Air Force west of Notre Dame. BYU’s club lacrosse assistant coach Jordan Harris tweeted last night that Utah going D1 is “the worst kept secret in the state.”

At a reception with a bunch of local lacrosse guys. Apparently Utah going D1 is the worst kept secret in the state. Aiming for 2018/2019

Harris listed on his Twitter feed UNC alum Brian Holman and his son, Ohio Machine player Marcus Holman, as coaching options, and apparently Dom Starsia was offered a job in Utah, according to the Baltimore Sun.

College Crosse mentioned that two division one players have transferred to Utah recently, but other than that, there hasn’t been much activity from the school hyping up lacrosse. Utah is a member of the Pac 12, so if they joined at the women’s division one level as well, the Utes could join that conference.

This time of year, most of the off season rumors are around coaching changes, and most of the major holes in Virginia and Brown were already filled, and Jacksonville made a splash with John Galloway. With most of that resolved, the rest of this off season could focus on more program addition rumors.