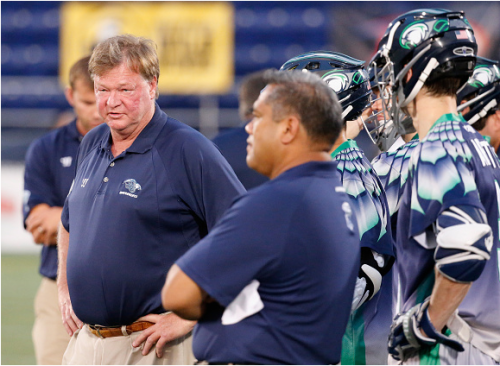 According to Quint Kessenich from Inside Lacrosse, the Chesapeake Bayhawks game last night against the Charlotte Hounds was the last for coa h Dave Cottle.

Kessenich says that Cottle will remain in the Bayhawks front office, but will step back from the sidelines.

In his years with the Bayhawks as their coach, Cottle led the team to back to back championship titles. Cottle coached at Loyola College for 19 years before taking the Bayhawks job.

“I just felt like the time was right to stop coaching,” Cottle said to the Capital Gazette. “I love the Bayhawks and I am looking forward to doing my part to turn the team around, but not as the head coach.”

Chesapeake has missed the playoffs now for two straight seasons, and with Cottle gone the team could look to reshape their roster. Several veterans and older players could be on their way out themselves.

“I couldn’t sleep the other night because I was wrestling with this and I just realized that my heart just wasn’t into being on the sideline anymore,” Cottle said in the same article. “This comes strictly from me and not Brendan, and I am very at peace with it. We’ll go out and get a good coach and we’ll all work together to move this franchise forward.”