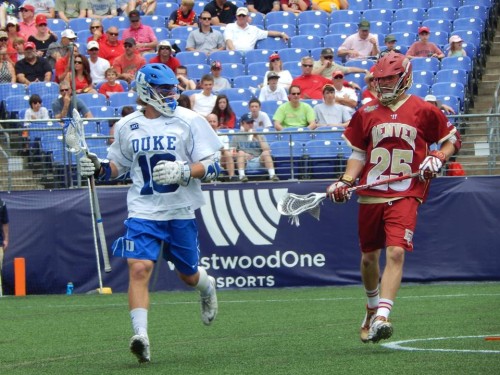 This time last year, Duke pulled out over Denver early in their Cobb County Classic 2015 matchup. It wasn’t until DU’s second half surge of outscoring the Blue Devils 12-5 the the Pios finished the game with a ‘W’ 17-13.

It’s the same game all over again, with new stakes at the table. Saturday’s game is host to a battle at face-off X between two of the best specialists in the nation: Duke’s Kyle Rowe and Denver’s Trevor Baptiste.

Myles Jones was the talk of Duke last year. Everyone knew of him, but no one truly knew who he was. 2015 was a breakout year for the Hulk midfielder, who quickly grew to the occasion of leading the team with momentum and sheer size and speed.

DU is more ready this year than ever for a matchup like this. I expect the Denver defense to look brand new this year and fully capable of sacking any impact Jones may try to have. Lehigh was able to shut down the powerhouse last week in their 13-11 loss. Duke’s advantage in that game was their goalkeeper Danny Fowler.

Lehigh went on to hold Myles Jones to one goal and only five shots. He also picked up no ground balls.

Duke looks to be very efficient this year, which may become a concern for the Denver defense. Though as previously stated I have full faith in the defensive unit, it’s Alex Ready in cage that will be the question.

Ready has already proven to be a defensive quarterback and second-half keeper. However, Tierney’s concern for Ready was not having seen too many shots early in the game against Air Force. Though Lehigh stayed within two goals of Duke at their finish, the Mountainhawks outshot Duke by 8 goals. Duke is very precise with their shots and know how to capitalize on their opportunities.

On the offensive end of the field for the Pioneers, freshman Nate Marano is proving to be a great ROI for the team that just graduated Wes Berg. The comparison is beyond play and more about leading offensive momentum. Just like Myles Jones is for Duke, DU needed someone to step up to a similar role and Marano is filling the void.

Duke and Denver both come out of games against lower ranked opponents having just squeezed by. Lehigh put the hold on Duke, and Air Force proved their program and players are ready for the next level. “Give all the credit to Air Force though, those kids down 6-1 could have folded, but they didn’t. They gave it everything they had,” said Tierney.

No.3 Duke hosts No.2 Denver at 2pm EST in Kennesaw, Georgia at the Cobb County Classic. 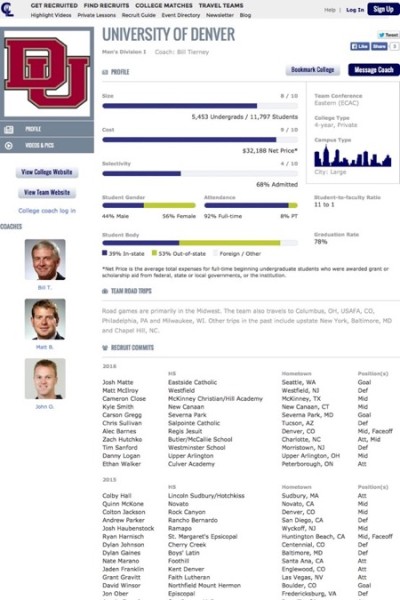 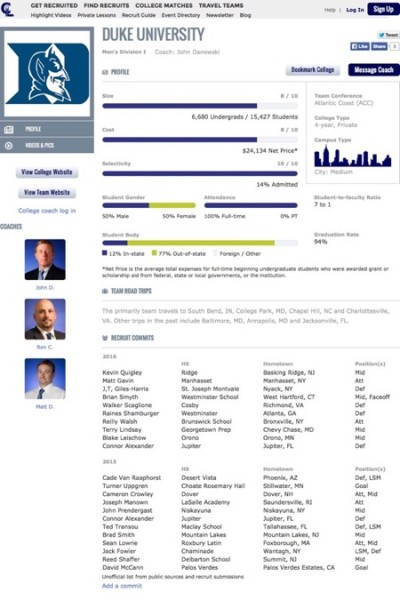