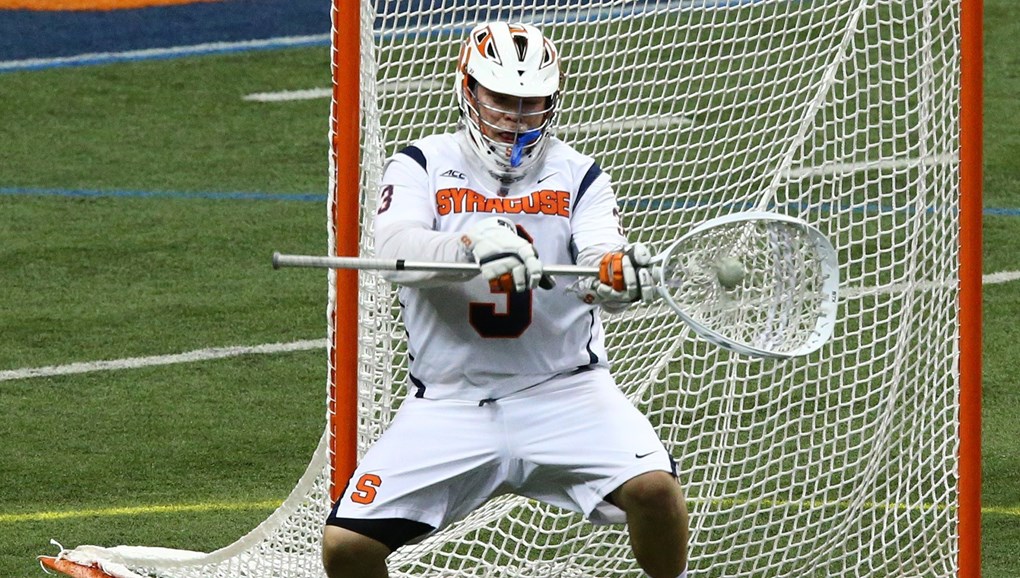 I’m not a huge fan of recapping Fall Ball events, mainly because it doesn’t really show anyone anything about what to expect. So take this with a grain of salt.

Syracuse participated with the Naval Academy and Towson on Sunday to wrap up their Fall Ball slate. It was a tale of two teams, but we’ll take it slowly.

First, the Orange took on Navy early in the morning, which was an unofficial 8-2 win. A 6 a.m. wake-up call didn’t go too well with many of us that day, and it also didn’t help being an hour away. But, the team played strong the entire game. The big story was Warren Hill, who played the first three quarters and pitched a shutout until 6:07 left in the third quarter. The starting attack consisted of Dylan Donahue, Jordan Evans, who was a midfielder the past two seasons, and UMass transfer Nate Mariano. They all recorded a goal in game one. Tim Barber, Nick Weston, and Matt Lane were the first unit of midfielders. The defense consisted of Brandon Mullins, Jay McDermott, and freshman Nick Mellen, who was an Under Armour All-American. LSM Austin Fusco also got plenty of time during the first three quarters, and will probably get some time in the Spring. The offense had some very good chances, but most of them were stopped by Navy goaltender John Connors. T.J. Hanzsche had the Midshipmen’s only two goals, both of them in the third.

The second game was very different for Cuse. They fell to Towson by an unofficial score of 9-5. The game was played about 30 minutes after game one. For the Orange, Evan Molloy started in net for the first three quarters. Tyler White was in for the entire first half for Towson, and he was solid yet again. Towson looked better than Syracuse the entire game, and for obvious reasons, including stamina. There was also more experimentation for the Orange, including flipping Barber to attack and Mariano as a midfielder. Pat Carlin, Devin Shewell, Nate Solomon, Bradley Voigt, Sam Romano, and Gale Thorpe were some notable freshmen and redshirt-freshmen that got in during the two games. Coaches were very impressed with Shewell’s performance during the Alumni game as well as the two games in Annapolis.

Brown graduate transfer Nick Piroli did not make the trip, but he is expected to play or possibly start at attack. FOGO Ben Williams is recovering from offseason surgery from a shoulder injury he sustained last season against Virginia. Cal Paduda took the majority of faceoffs this fall and is a great number two option. Merrimack transfer Dom Madonna traveled, but did not play in any of the two games.

Another note was the use of the midfielders, specifically with the defensive midfielders. They are not coming off and going on as we have seen typically in lacrosse. The coaches are calling them “transitional midfielders.” Guys such as Tom Grimm and Paolo Ciferri, who are mainly defensive middies, are staying on for some offensive possessions, and guys such as Barber and Weston, mainly offensive middies, are playing some defense. It should be fun to see this in action come Spring time, including with how much offensive power the Orange have lost. Speaking of offense, will we see a rotating attack once Piroli is playing? Donahue, Evans, Piroli, Mariano, Barber, and Lane can all play attack. Maybe the huge loss on offense might be overly exaggerated.

My takeaways from the weekend are this: none.