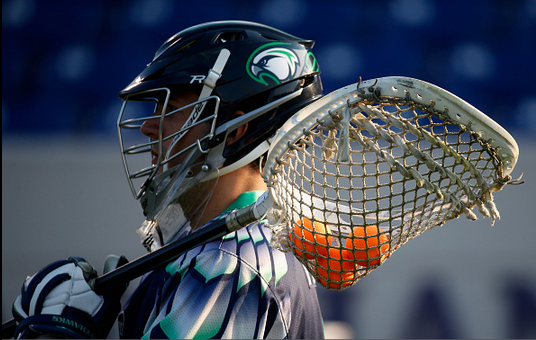 Brian Reese was recently announced as the Chesapeake Bayhawks Head Coach after serving as their GM. He takes over for Dave Cottle who stays on as the team’s President. With Reese’s experience both in the office and on the field for Chesapeake, he has the team’s and franchise’s best interest in mind and brings a winning mindset with him everywhere he goes.

Brendan Kelly, the Bayhawks Owner, was quoted in the press release saying, “Through the process it became evident that Brian’s vision of the Bayhawks aligned with where we want to go in the future, making him the clear choice. We are glad to have him and think he exemplifies the qualities we are looking for. At the end of the day, we felt our best chances to win the Steinfeld Cup are with Brian Reese.”
In college, Brian was an outstanding defender at the University of Maryland from 1995-1998, earning All-America Honors his Senior year. Following his collegiate years, Reese took on double duty playing in both the MLL (2001-2005) and NLL (1999-2005). He earned MLL All-Star in four of his five years all while playing for the Bayhawks.
From 2005-2010 he was Head Coach and GM of the Denver Outlaws. They appeared in the MLL Title game in 2009 and saw postseason play every year Brian was at the helm. In his time with Denver, Coach Reese spurred up a 32-17 overall record.
On another front, from 2009-2013, Brian was an Assistant Coach at the University of Maryland for their Women’s team. He was alongside current Terp Head Coach, Cathy Reese, who is also his wife. There, Brian helped the team to their first NCAA Championship (2010) since 2001, including ACC Championships and a spot in the semifinals every year. In addition to coaching ladys lacrosse the past two years, Reese has coached the Glenelg Country Girls Lacrosse team, taking home the IAAM “B” Conference Championship in 2015.
Reese has been with Chesapeake since 2011, both as GM and Assistant Coach. he has helped the team to back to back Steinfeld Cups in 2012 and 2013.
As you can see, Brian has put together a very successful coaching resume. Since he has been with the team for the past four years and is continuing with the program, he has certainly earned the right to receive the label as Head Coach. Not to mention his success with the Denver Outlaws leaving with a .653 win percentage.
I’m eager to see how the Bayhawks do at this year’s 2016 MLL Collegiate Draft, especially after trading Kevin Crowley. With the successful drafts, trades and seasons Brian has put together in Denver and Chesapeake, I’m sure he will do a phenomenal job as Head Coach for the Bayhawks both on and off the field.