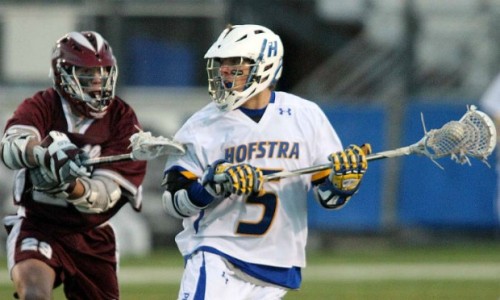 The Hofstra Pride men’s lacrosse team got their 2016 season off to a great start by defeating fifth-ranked University of North Carolina Tar Heels 10-5. Head coach Seth Tierney was pleased with his team’s performance.

“I am really proud of our guys. I’m proud of everything that they were about today. They player really hard in practice the last two weeks and getting prepared. It was a total team win.”

Many questions surrounded the team leading up to the beginning of the season. One such question was how successful Jack Concannon would be in net replacing former Hofstra goalkeeper Chris Selva after playing in only two games in 2015. Concannon easily answered those questions against UNC, only surrendering five goals to the Tar Heels. If this is just a taste of what Concannon can do in goal, then Hofstra lacrosse fans have every reason to be excited about this season.

“[Jack Concannon] really did well in his first start playing against these guys,” coach Tierney praised his goalie. “Let’s make no mistake about it: this is the University of North Carolina. They’re number five in the country. They have some guys who could really sling it out there.”

Speaking of offense, while UNC struggled to get their offense going, Hofstra found their offense early and rode the momentum throughout the game. Two players led the way for the Pride. One of those players was senior attacker Sam Llinares. To no one’s surprise, the reigning CAA Player of the Year and captain tallied five goals for the Pride, getting his final season off to a great start.

Contrast to Llinares, Hofstra fans were pleasantly surprised by the performance from Josh Byrne. The junior transfer from Nassau Community College contributed four goals and two assists to the effort. Before coming to Hofstra, Byrne was awarded the 2015 NJCAA Attacker of the Year after recording 76 goals and 30 assists in 12 games.

Next up for the Pride will be the Tigers of Princeton University. Hofstra hasn’t beaten Princeton since the 2011 season, but that could very well change next Saturday when the Tigers come to Shuart M. Stadium. That game is scheduled for 3 pm. 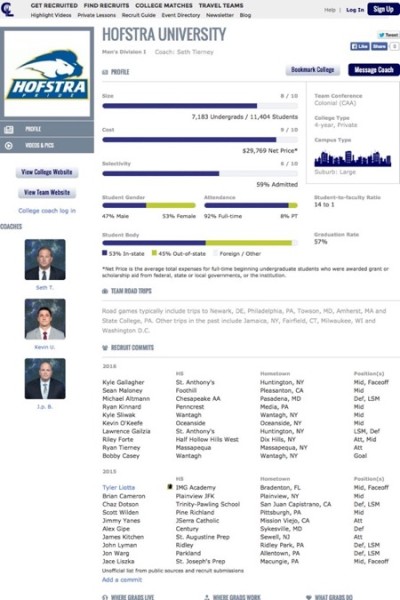