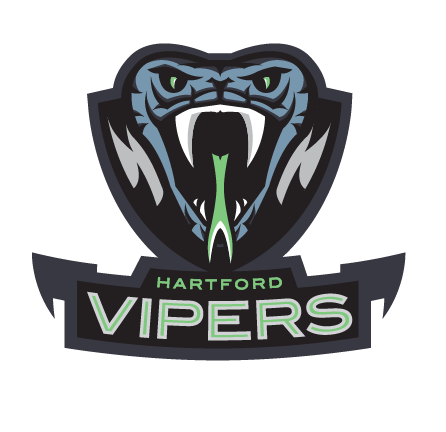 The InLax Lacrosse League is a fictional league created by Jack Goods and Marisa Ingemi. It features 25 teams in various locations across the U.S. and Canada. It features players from all the major lacrosse outlets, as a way of showing what the lacrosse world would look like if lacrosse was one of the major sports in North America.

Welcome back to the InLax Lacrosse League, striding closer and closer to our first season. In the past week we have launched a league page on the site, finished the draft, are working on the schedule, and are making great strides towards our first season. Today we welcome the fifth member of the ILL, the Hartford Vipers.

Hartford in itself is a relatively untested box lacrosse market, but the sport has been growing at a tremendous pace all across New England in recent years. The Vipers will be calling the XL Center home, which seats more than 15,000 attendants. The brand for the team was created by Ryan Welsh, who also designed the Rochester Chargers logos and one more team that is yet to be announced.

Leading the Vipers is their defense, starting with Paul Dawson and Mike Kirk. Dawson has established himself as one of the best heavyweights in the league, and quite the defenseman as well. Mike Kirk was an All-Star for the Rochester Knighthawks last season. Joel White, PT Ricci, and Brendan Doran round out aÂ formidableÂ defensive unit. 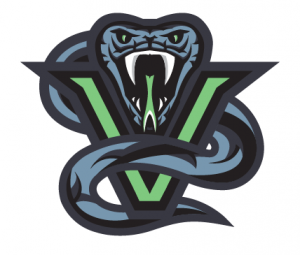 lacrosse rookie season with the Vipers. This summer Resetarits has scored 9 goals and 3 assists with the Hamilton Nationals of the MLL. More impressive, however, is that he lead the Brampton Excelsiors in points this season. He definitely has what it takes to be a big name in the ILL very early in his career.

Greg Downing and Jovan Miller should also be threats offensively for the Vipers. Downing, a member of the Cannons, is a former member of the Boston Blazers where he had success at the indoor level. Miller is in his second season out of Syracuse, playing for the Charlotte Hounds. Considered one of the best two way middies in the MLL he should bring great transition ability to Hartford. In 12 games he has scored 12 goals and 5 assists for the Hounds.

The Vipers join the Winnipeg Prairie Dogs, Minnesota Marauders, Detroit Redhawks, and Rochester Chargers as members of the league. The sixth member will be announced in the coming days.

Remember to follow the league on Twitter @InLaxLaxLeagueÂ for all of the latest updates. You can also check out/comment on the forum on sportslogos.net. We should have the league schedule and full rosters published at some point this week. If any players are interested in what team they are on, tweet at @LacrosseWeTrust to find out!